Hodges Pleased As Truro Deliver In Front Of Home Fans 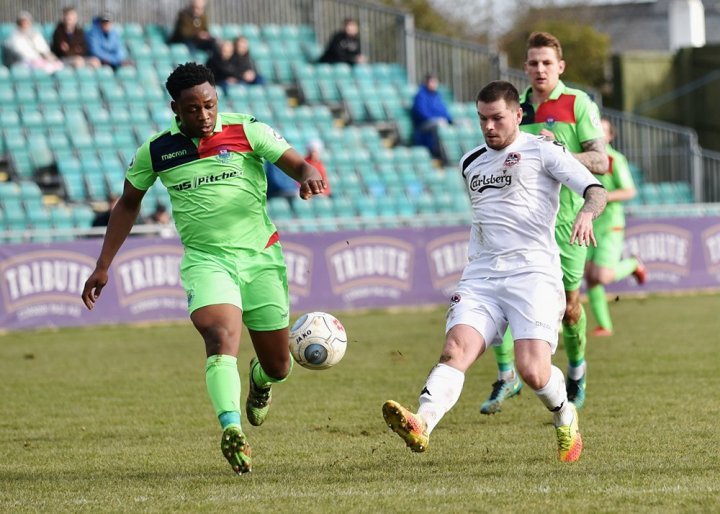 Truro City boss Lee Hodges says his side got what they deserved as they battled out a 2-0 victory over Chelmsford City.

They are now back in the play-off places after this victory against the side who they are just a point off now, writes Tom Feaheny.

"It was a great victory against another top side, It was nice to get a win in front of our own fans," Hodges told the club's website.

"I thought that it was an exciting game, it had a Cup tie feel about it with both sides putting their bodies on the line and battling for everything. That's two clean sheets for us now against two sides in the play-off places and it gives us a good base on which to build upon.

"The boys got on with their jobs out there and it was a great, fighting performance. We know that we have to be at our maximum for every minute of every game at this level regardless of who the opposition is."

Hodges knows the games don't get any easier as they face another side going for promotion next.

"It's an excellent three points for us but now we have to move on and focus on another tough one against Havant & Waterlooville on Tuesday."

 Mellon Eager To Move On As Rovers Fail To Capitalise Disappointed Tranmere Rovers boss Micky Mellon wants to put Saturday’s defeat at Boreham Wood behind him - after his side failed to capitalise on their rivals’ slip-ups.

Your Team Of The Weekend: The National League  We knew it was going to be a wild weekend. The weather forecast told us that much!