Hodges Hungry For More With White Tigers On Prowl 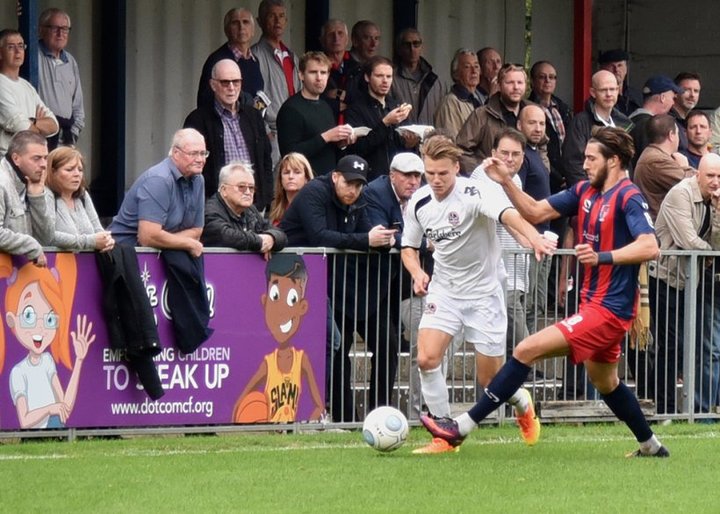 Lee Hodges toasted his Truro City players after they secured their National League South play-off spot - and the boss doesn’t want their season to end for quite a while!

The White Tigers got the point they needed to ensure they finished in the top seven, drawing 1-1 at Hampton & Richmond Borough.

Results elsewhere meant Hampton finished fourth and they will host Truro again on Wednesday in the play-off eliminator.

The winner of that game will travel to Chelmsford City next Sunday and Hodges wants his side to continue defying the odds.

“It’s a great achievement by the boys,” he told the club’s website. “To finish in the play-off places is superb, especially as we were tipped by many to be battling against relegation.

“We’ve gone with a small squad and everyone has played their part. Now our focus turns to Wednesday’s game. It’s Cup football now; win and we go through, lose and it is all over.

“It’s been a phenomenal season and we’ll prepare in the right way for Wednesday’s game. We played them twice in a week earlier in the season, so we’ll be ready to do the same again and give it everything we’ve got.”

 Bates Says Pools Win Shows Potential For Next Season Hartlepool United's fans were in fancy dress for this game but the players certainly weren't clowning about.