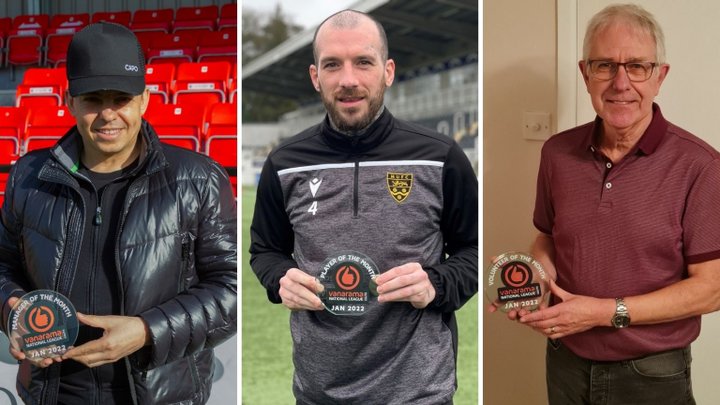 The time has arrived to honour 2022’s great starters in the National League South - but who is grabbing the gongs?

The decision to hand Marc White the Manager of the Month was unanimous.

After all, Dorking Wanderers won six of their six games in January as they took control of the division.

But the result that signalled their intent came against a title rival - they thrashed Ebbsfleet United 5-1 in a first vs second game.

They love a goal, too. Only Fulham have scored more in the league than Dorking in the top six tiers of English football so far this season.

Maidstone United and their fans aren’t kidding themselves.

To stay in touch, they just have to keep winning thanks to Dorking’s ten-game winning run.

They have kept up their end of the bargain and it’s in no small part due to the performances of Joe Ellul.

He had a stop-start season until early December when he made a comeback from injury – and since then Maidstone have gone nine unbeaten in the league.

Ellul is a key part of the best defence in the league, conceding just two times in January in their five games.

He even chipped in with a goal against Concord Rangers and his displays have been enough to earn him this recognition.

We love the Volunteer of the Month award, where we get the chance to honour the great and the good who give up their time for the club they love.

Barry Hiron is Mr Slough Town - and now he’s earned something to put on his mantelpiece.

He is the first to arrive at Arbour Park on matchdays, and one of the last to leave.

He starts by setting up the bars to keep the fans’ well oiled.

Then he moves on to the car park, keeping everything moving so the players, officials and fans get in on time.

When the game gets going, he’s chief ball retriever - before he gets back to duty after the match.

Even on the days when the action isn’t going on, he lends a hand doing odd jobs, cleaning the beer lines and making sure events at the club run smoothly.

Barry is a very worthwhile winner, and a big part of the reason why we love this award.