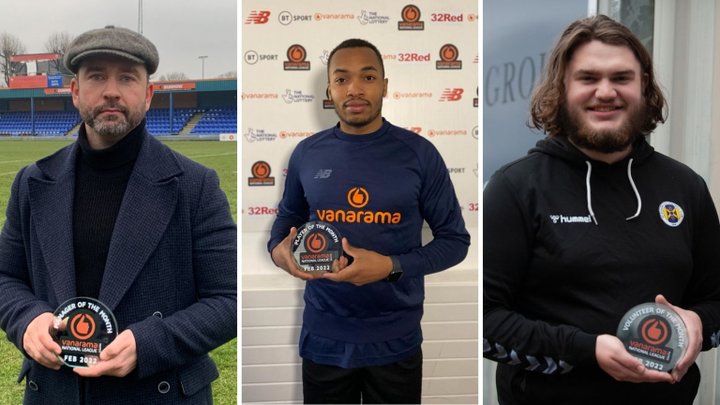 We’re hurtling towards the business end of the season and the cream is rising at both ends of the table, but who have been the stand-out stars?

Not too many Braintree Town fans were looking towards 2022 with too much excitement.

Their team swapping places with Billericay Town in the drop zone on a weekly basis, there appeared to only be a relegation battle to keep them entertained.

Ryan Maxwell had other ideas - his Iron are made of stronger stuff this year.

Just one point off the bottom at the end of January they ended the month six above the dotted line.

Despite finishing the month with a narrow defeat against Dulwich Hamlet, it brought their seven-game unbeaten League run to an end.

Marcus Dinanga has been sensational since his loan spell from Altrincham and has started like a house on fire.

Dartford won four out of five of their League games in the month, including three Kent derbies in a row.

He scored three goals in four games with a great strike against Bath City and a double against rivals Welling United.

Dinanga is always happy to go the extra mile.

He travels down from Birmingham for training and for games but says he doesn’t mind the three-hour journey if it means he can score goals and get great results!

We love the Vanarama Volunteer of the Month award, it’s our tribute to those who give up their time for their favourite club.

Will Tyrer gives St Albans City so many hours every month - and he loves every minute.

Contributing often the equivalent of full-time hours to deliver impressive digital content, he is a huge part of the Clarence Park team.

The Saints say Will’s eye-catching work and attention to detail has been able to attract new fans through their turnstiles.

St Albans claim to have the fastest growing digital fanbase in the division - and his efforts have opened up commercial opportunities online for the club, too.