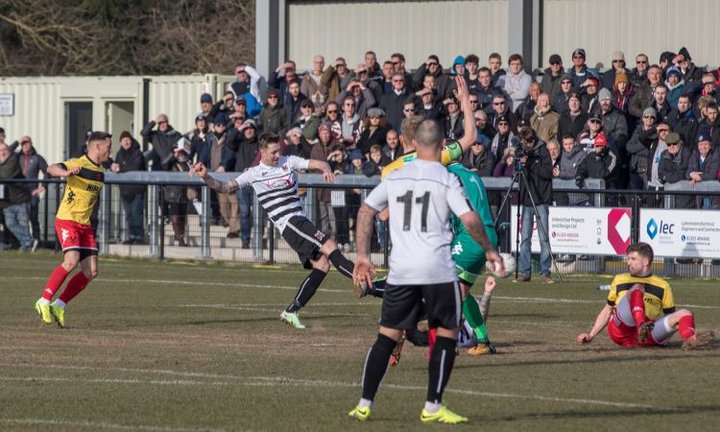 Darlington FC have rewarded central defender Josh Heaton with an improved two-year contract to keep him at the club until May 2020.

Heaton, 21, was signed by manager Tommy Wright in November and has performed with great maturity in the middle of the defence since he made his debut at Kidderminster Harriers.

“He believes in what we all want to achieve here and wants to play his part.

“He has been a revelation since he got in the starting eleven which has subsequently led to him being invited to the V9 Academy in the summer and we believe the player will go from strength to strength.

“I believe this player will go all the way in the game, he has all the attributes but must remain focussed and level-headed in order to eventually achieve that. He trusts myself and assistant manager Alan White to get him there and I’m honoured that he feels that way.”

Heaton started his career in the youth set up at Preston North End, but was released in 2016 without playing a first-team game.

He played for several non-League clubs before the Quakers signed him from Evo-Stik League North outfit Ramsbottom United in November.

 Durrell Senses The Silkmen Have The Foxes' Swagger Unfortunately for Macclesfield Town supporters, they’re not about to become as rich as a plucky few who boldly placed their earnings two years ago.

FC United Bring In Cod Army Youngster On Loan  FC United of Manchester have announced the signing of 20-year-old forward Gerard Garner on loan from SkyBet League One side Fleetwood Town for the remainder of the season.