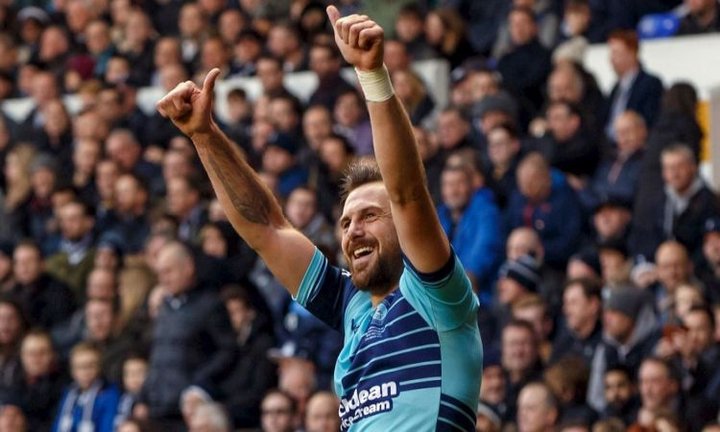 Hayes was released by SkyBet League Two side Wycombe Wanderers at the end of August.

Hayes first arrived at Adams Park in a blistering loan spell from Charlton Athletic in 2012, scoring 6 times in as many matches, and was Gareth Ainsworth’s first signing in the summer of 2014 at the start of an exciting new era for the club.

As captain, Hayes scored 15 times as the Chairboys went on to reach the League Two play-off final in his first season, and continued to net important goals over the past two years, including two memorable strikes in the thrilling Emirate FA Cup tie at Tottenham Hotspur in January.

The 34-year-old started his career with Norwich City, but left in 2002 without managing to break through at Carrow Road.

He signed for Scunthorpe United and went on to play ninety-nine times for the Iron, scoring 27 goals.

He moved to Barnsley in the summer of 2005 and totalled seventy-eight appearances and 13 goals for the Yorkshire side.

He re-signed for Scunthorpe in July 2007 and added 132 games to his total and another 33 goals.

Moves to Charlton, Brentford and a third stint at Scunthorpe followed before he signed for the Chairboys where he just past the 100-game mark, with 19 goals.