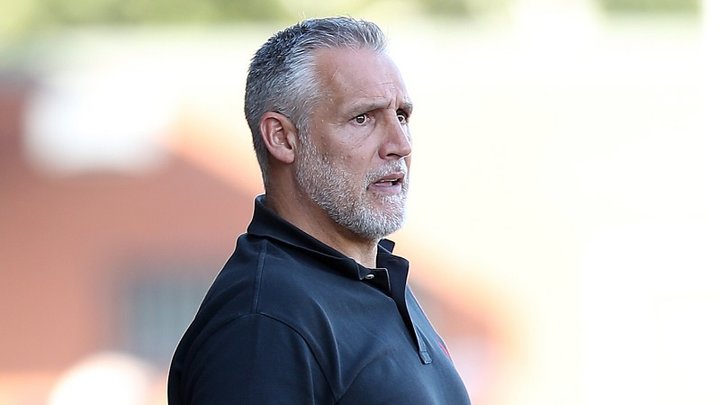 John Pemberton has left his role as manager of Kidderminster Harriers.

The club released a statement on Wednesday morning - pointing to poor performance in all competitions as the reason for Pemberton's departure.

He leaves the Harriers with the club 17th in the National League North - this after Curzon Ashton knocked them out of the FA Trophy last week.

It follows their FA Cup exit at the first hurdle following a replay defeat to Stafford.

"Discussions were held with John earlier this week in light of the team’s current league position and early exit from the FA Cup and FA Trophy," a statement reads on the club's website.

"While managing the club has had its challenges this season, we feel strongly that with the players at our disposal and with what is a considerable budget for this division, we should be in a far better situation than we currently find ourselves.

"At the end of these discussions, John offered his resignation which was accepted by the club. We would like to thank John for his effort while in post and wish him well for the future.

"The club feels it is still well placed to achieve this season, and as such, the owners will take their time in appointing the team’s next manager – an appointment which will be crucial.

"In the interim, Assistant Manager Russ Penn will take charge of the team for at least the next three or four matches, with our full support. It is clear that Russ, is extremely popular with both players, staff and supporters and we are confident they will respond accordingly during a busy period of fixtures.

"We’d urge all Harriers fans to give Russ their full support, starting with this weekend’s game with Southport at Aggborough Stadium."

 Bentley Is Ready To Write A Whole New Chapter With Fylde Jim Bentley closed the door on a 17-year spell at Morecambe last month. Now, as he tells league Sponsors Vanarama, it's time to make some new memories.

There’s 53 Goals In A Night Of National League Drama!  It was another evening of dropped points for the sides at the top of the National League - but there was one big winner.