Happy Hatters Are Back In The National League! 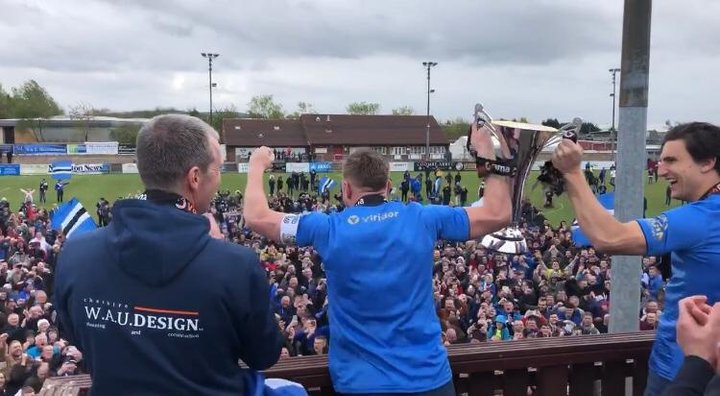 Stockport County bounced back into the National League as they came out on top after an incredible title race.

Jim Gannon’s side went toe-to-toe with long-term leaders Chorley and ran out winners as after keeping their end of the bargain.

It went down to the last day - a week after the Magpies thought they had the advantage with a win in the big game between the two.

But it took a big twist on Easter Monday and County won 3-0 at Nuneaton to get the party started.

Around 3,500 thousand fans pitched up in Warwickshire and turn it into a home game to see their team over the line.

Manager Gannon was “proud” to be the person who ended their wait for a return to the National League.

The deadlock was broken through Ash Palmer in the first half as he got another vital goal.

Top scorer Matt Warburton got yet another goal before Adam Thomas got the champagne flowing.

It was a season in which they broke a record from over 80 years ago as they went 16 league matches unbeaten.

 The Play-Off Picture Is Now Complete It wasn’t just titles being won on Saturday afternoon - play-off places were secured and schedules completed.

There Will Be A New Manager In Charge At Darlington  Darlington have confirmed manager Tommy Wright took charge of his last game on Saturday.