Gulls Can Handle Pressure Ahead Of Must-Win Trip 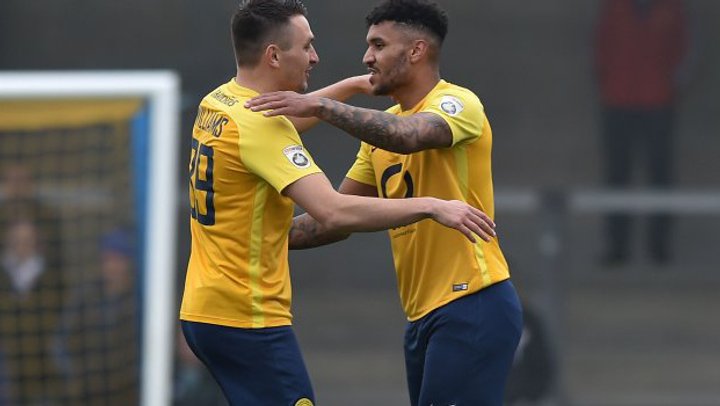 Gary Owers says the Torquay United squad are in good spirits ahead of their do or die clash with Hartlepool United on Saturday.

The Gulls know they need to win their final three fixtures and even then, other results could still send them down.

All they can do is look after themselves and that begins at Victoria Park this weekend.

Owers’ men face a long trip up to the North East and their cause was only made worse in midweek with Barrow’s victory at Guiseley.

Not that it means much to the Gulls, according to their boss.

“I don’t think it (the Barrow result) changes anything for us in terms of how we approach the Hartlepool game,” Owers told TUFC TV.

“We’re going up there and we have to win. Then we have to win the two home games after that and hope some things go in our favour.

“The mood in the camp is good. Everyone is well aware of the situation. The pressure is on but hopefully we can cope with that.

“Last Saturday, I walked into the ground and could smell the fear everywhere but when I walked into the dressing room, the players were fine. We got through that one. We’re up against it - we’re aware of that - but we’ll do our best.”

 Positive Thoughts Key For Nash As They Chase Safety Curzon Ashton are only thinking positive thoughts ahead of their last home game of the season - with a victory all but confirming their National League North place for next term.

Macc Writer Lowe Is Penning His Own Fairytale Season Ending  Keith Lowe wants to be spending his weekends writing headlines when he eventually hangs up his boots.