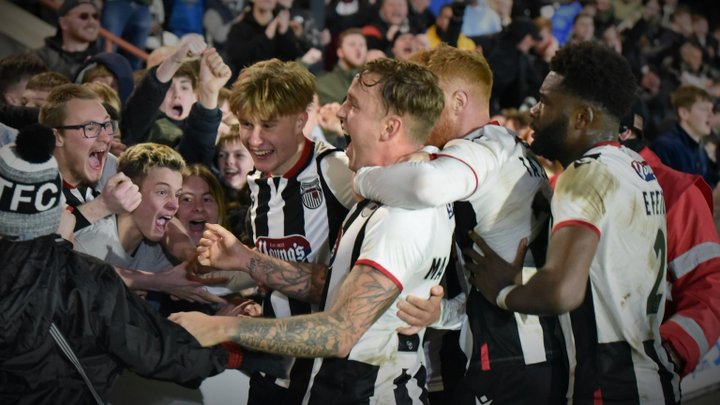 After Sunday’s incredible late National League drama, there was a stoppage time twist on Monday too.

In the first BT Sport game of 2022, Jordan Maguire-Drew headed home to rescue a point for the hosts.

It was the least Grimsby deserved and manager Paul Hurst hopes it can be the moment that sparks a turn around in their fortunes.

They had to come from behind to earn a 1-1 draw as the Shaymen caught them on the counter.

Jordan Slew’s shot was only pushed out into the path of Kian Spence, who made no mistake for his second goal of the season.

The 20-year-old gobbled up the chance moments after the Mariners were denied a penalty.

In the day’s only other game, Hungerford Town are back in the National League South promotion places.

A 3-0 win over Hampton & RB was secured with a Ryan Seager double and a compose finish from Rhys Tyler.

What Happened This Afternoon Across The National League  Late derby drama, sensational strikes and six pointer sizzlers - it was some start to 2022!