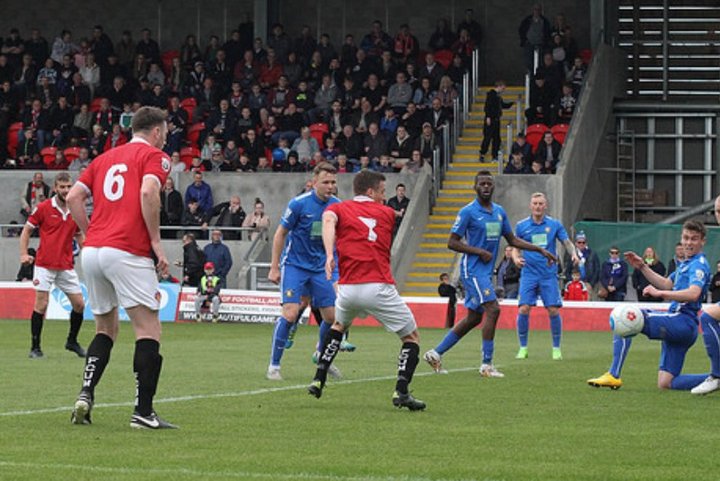 FC United of Manchester player-manager Tom Greaves says his side need to show the potential they have after a difficult February.

"This is the same group that have beaten some of the top sides in the league, we need to keep that belief going," Greaves told FCUM Radio.

"We have the same people here, we were scoring lots of goals, there is something missing now in the final few weeks."

Greaves says that his side know the week ahead of facing one of the top sides in Harrogate Town, could give them a big boost.

"As a group we need to go again in training, in this league you have to have nine or ten having good performances not one or two.

"We know we are in a relegation battle and that is the mindset we have, we know we need to improve."

 Something For The Weekend: Vanarama National League Tuesday night was a hectic one in the National League for various different reasons and it looks like this weekend will be no different.

Watson Proud Of Heed As They Battle Through To Semi-Finals  Steve Watson says his side made him proud as their dramatic FA Trophy campaign continues.