Greaves Named As FC United Boss For Next Season 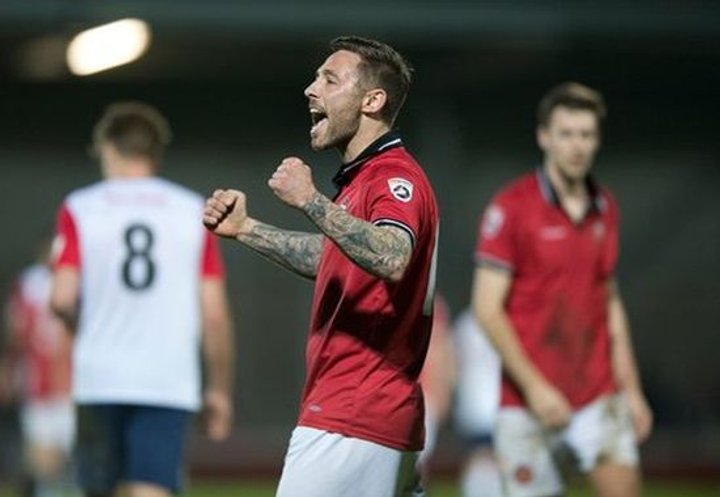 FC United of Manchester have announced the extension of current player-manager Tom Greaves’ contract until the end of the 2018/19 season.

Having taken hold of the reins towards the end of October last year, Greaves guided the club through the tricky Christmas period of the season before the club confirmed their place in the National League North earlier this month with a 1-0 home win against York City.

On the announcement, FC United CEO Damian Chadwick told the club`s website: “During the recruitment process back in November the main brief for all candidates was to keep the club in National League – Tom and his team have achieved that.

“We’ve also been in impressed with his attitude to playing the youngsters and more importantly how he galvanised the dressing room. It’s clear Tom has the leadership qualities needed to be a successful manager and I look forward to working with him and the team in the summer, shaping his own squad for the challenge next season.

“I’m sure all members will join me in congratulating Tom and his team and we can collectively look forward to next season with excitement. I would encourage all supporters to buy their season tickets early and show Tom and lads we’re right behind them!”

Greaves said: “I’m absolutely made up, as are the whole management team and this is great way to end a fantastic week for the club after winning the cup on Tuesday night.

“We’ve got a great foundation to build on for next year and that’s down to the fantastic home support we’ve received at Broadhurst Park this season. The supporters have been brilliant week in week out and we need them back next season, so I’d encourage everyone to get their season tickets early.

 There May Be One More Twist Predicts Bromley Boss Neil Smith refuses to play the ‘if only’ game. He thinks there could be yet another twist to come in Bromley’s season.