Greaves Makes First Signings Of The Summer For FC United 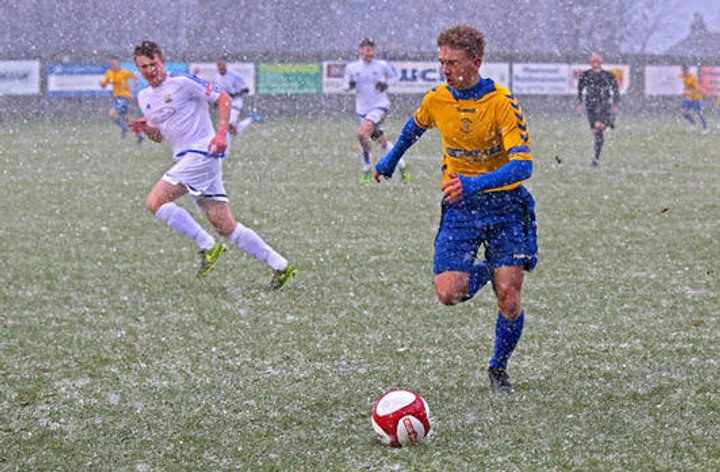 FC United of Manchester have delved into the lower divisions for their first three new signings of the summer.

Litchfield (above) joins from Evo-Stik League South side Stocksbridge Park Steels, whilst Willoughby comes on board from Clitheroe where he finished top scorer in the Evo-Stik League North with an impressive 33 goals.

Litchfield re-joined Steels in December 2016 from Mickleover Sports, who received a club record fee for the forward. 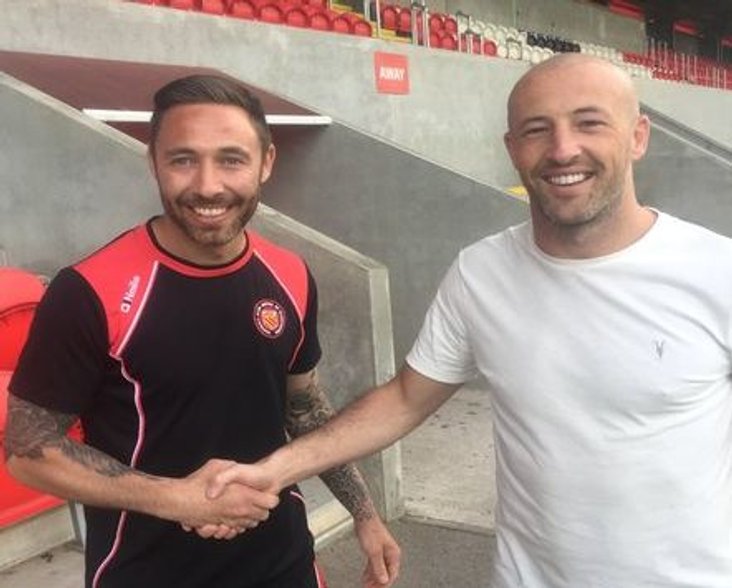 Once tipped as the `next Jamie Vardy`, Litchfield broke into the Steels first-team at the age of 17 and his performances helped earn him a professional contract at Sheffield United in June 2015.

The 21-year-old served an apprenticeship at Fleetwood Town and underwent a trial with Bolton Wanderers in 2016/17.

He appeared for Radcliffe Borough ahead of his spell with AFC Blackpool.

Lynch (below) joins after enjoying a successful season with Atherton Collieries in the Evo-Stik League North.

The experienced 33-year-old had signed for Colls after leaving Altrincham following their relegation from the National League North.

He started his career with Wigan Athletic before moving into non-League football with Altrincham and Hyde United, followed by a spell in Australia with Sorrento.

Upon his return to the UK, Lynch signed for Ashton United and was a key member of the side who made it to the Evo-Stik Northern Premier Division play-offs.

Salford`s then-boss Phil Power brought Lynch to Moor Lane in June 2014 and immediately installed him as captain of a side put together to launch an assault on the NPL First Division North title.

He moved to Altrincham in February 2017.

Along with the new additions, midfielder Jamal Crawford has signed on for the upcoming season after making a dozen appearances in his first campaign for FC United.

Greaves told the club`s official website: “We are delighted with our first three signings of the summer, Lynchy brings with him a wealth of experience, a no nonsense centre half who’s no stranger to the FC United fans. He’s a leader, a winner who wears his heart on his sleeve and will strengthen our back line."

“Brodie is an exciting young player who will have the fans on the edge of their seats, his pace and his skill will see him create and score goals, he’s the type of player the fans will love.

“Kurt joins us after a few great seasons with Clitheroe, his consistent goal scoring record is something we’ve been missing since the departure of Jason Gilchrist last season and Kurt has come in to fill that void. He’s created a lot of attention after hitting over 30 goals in all competitions this season, so we are delighted Kurt has put pen-to-paper for FC United.

“We are also very pleased Jamal Crawford has committed to stay with us for another season, Jamal got better and better as the season went on and showed us all the qualities he has. His pace is a nightmare for defenders and we are all very excited to see Jamal progress even further this season".

 Pennock To Depart Barrow As Club Begin Their Search Ady Pennock has left his position as Barrow manager, the club have announced this morning.