Greaves Knows The Goalposts Have Now Moved At FC United 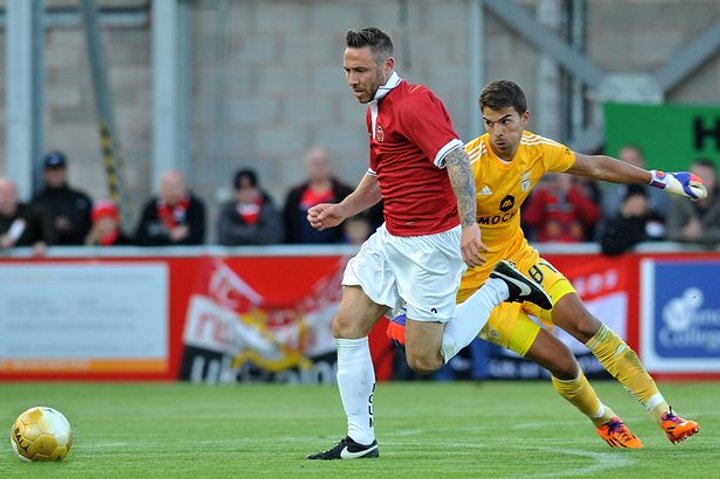 The Rebels fired blanks and did something they haven’t done much of since he took over - dropping points at home.

United have been excellent at Broadhurst Park but having been able to digest the game, the player-boss wasn’t too downbeat when he woke up on Saturday morning.

“Leaving the ground I was disappointed with our 0-0 draw,” said the former Bradford Park Avenue forward.

“But reflecting on the game it wasn't our best team performance and certainly wasn't my best performance personally.

“If we are now disappointed with a clean sheet and a point against a strong Chorley side it just shows how far we've come and how our expectations of each other as a team has changed.

“If you look at the bigger picture that could end up being a huge point for us come the end of the season.

“We now have a massive week coming up with a cup semi final against a high flying Hyde team and then Stockport County in the league.”

After all the fixtures on Saturday, FC United are in 12th in the National League North - a big improvement since Greaves took over.

 Jones Calls For Consistency After Fantastic Victory Oxford City picked up their first win in six games with a surprise victory over Hemel Hempstead - and boss Mark Jones has challenged his side to go on a run.