Greaves Knows The 100 Club Race Is On! 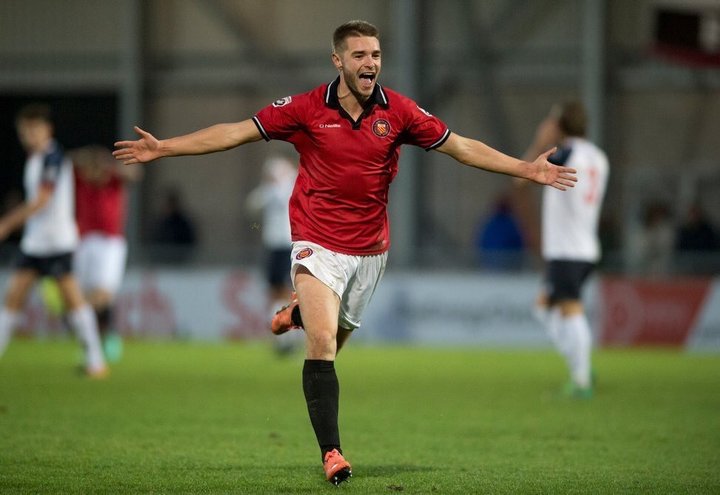 FC United of Manchester player manager Tom Greaves says he will have to get his scoring boots on - or up-and-coming Jason Gilchrist will beat him to the 100 Club!

The Red Rebels secured a vital 3-1 win over AFC Telford on Saturday and it was a result which takes them out of the Vanarama National League North’s bottom three.

Greaves scored the opener but was somewhat overshadowed but a player the United fans think very highly of.

Gilchrist’s double helped the team to overcome the Bucks in front of over 2,000 at Broadhurst Park. It was their fifth home win in a row.

The caretaker was delighted to put last weekend’s thrashing at Stockport to one side.

“It was another massive three points for us yesterday and overall a great team performance,” Greaves posted.

“I can’t fault the lads work rate and attitudes. It was an important win for us, that’s for sure.

“It was nice on a personal level to hit the back of the net again but I need to get a move on or Jason Gilchrist will be hitting that 100 mark before I do the man is on fire!”

 Maamria Takes Positives Despite Losing Two Goal Advantage Nuneaton Town boss Dino Maamria believes drawing at a place like Chorley is something they can build on.

Mellon: Rovers Can't Get Carried Away Despite Professional Win  Tranmere Rovers boss Micky Mellon says his side know they have to keep winning as they moved closer to the play-off places.