Gray Desperate For His Minstermen To Find Their Feet Again 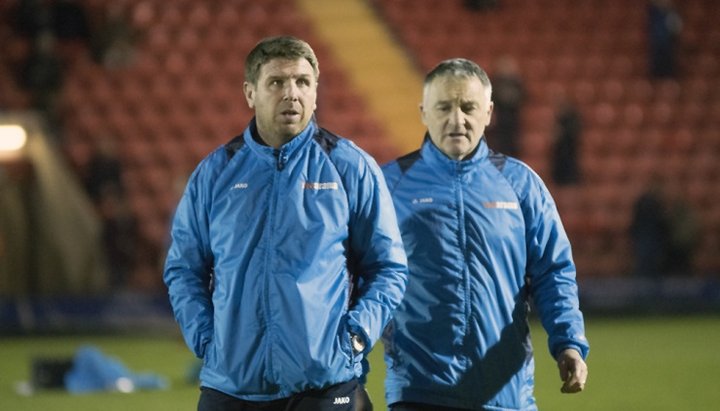 York City boss Martin Gray says his side desperately need to find some consistency in the final eight games of the season.

The Minstermen were beaten 2-1 at play-off rivals Kidderminster Harriers last Tuesday and their home game against Southport on Saturday fell to the weather.

Despite being out of action yesterday, Gray’s men remain fourth in the National League North and looking good for a play-off place.

However, they’ve only won two of their previous eight games and the boss knows that must improve ahead of the end of season showdown.

“We conceded two goals to two individual errors on Tuesday and you have to go home disappointed with that,” Gray told us.

“It’s like any game of football, you’re only as good as your goals and you’ve got to try and keep clean sheets.

“It’s frustrating. We need some consistency and going into the final eight games, we’ve got to try and find some.

“The experienced players have got to pull the younger boys through. There’s enough in the changing room and they’ve got to start showing that.”

 Your Team Of The Weekend: The National League We knew it was going to be a wild weekend. The weather forecast told us that much!

Martin Does The Hard Miles To Give Hampton Kids Helping Hand  He’s more used to spending his Sunday afternoons keeping the nation informed and entertained during Super Sunday.