Gowling Has Eyes On The Prize As Bulls Head For Wembley 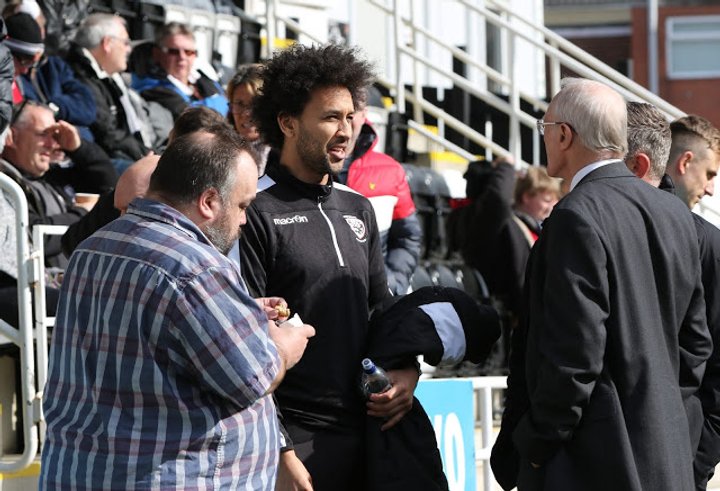 Hereford haven’t achieved anything yet believes their straight-talking boss Josh Gowling as he prepares his players for their FA Trophy final tomorrow afternoon.

The Bulls are just one game away from doing the unthinkable after defying the odds to land themselves a shot at silverware.

Last time they were under the famous arch, over 20,000 Hereford fans saw their side humbled at the hands of Morpeth Town in the FA Vase final.

Many will tell Gowling just getting this far this time is an achievement in itself and he and his players should just go out and soak up the occasion. 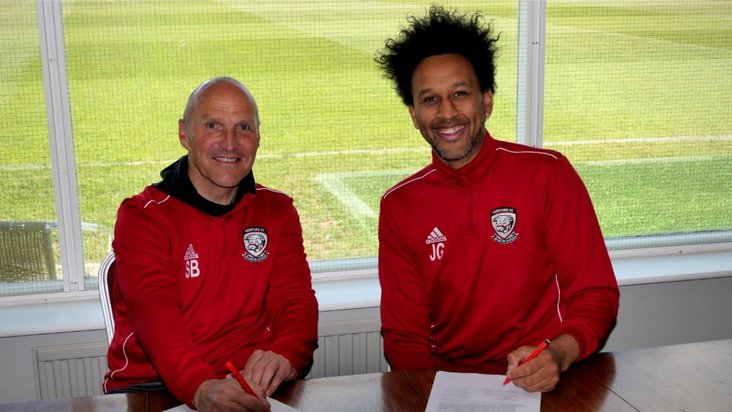 But who says you have to enjoy it just because it’s Wembley?

“It’s not a great day out if you lose, is it?” Gowling said.

“We’ve got to the final and that’s great but that’s all we’ve done. We’ve beat some good opposition but that doesn’t mean anything if you lose in the final. 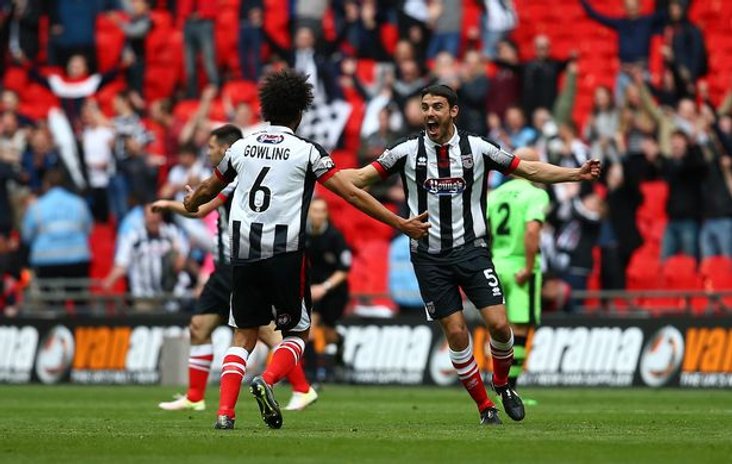 “Wembley is a great stadium and I’ve been there and done it before as a player but it’s only a great day out if you’ve won. It’s the worst place to be if you lose.

“It’ll be nice for the lads to feel a bit more normal. To have fans cheering us on will give us a bit of a push and hopefully we can go one better than last time they were there.”

Hornchurch are no slouches. Their semi-final win over Notts County was the tip of the iceberg for the Urchins, who came from behind three times before eventually dumping the National League side out on penalties.

And while they might be favourites with the bookmakers, Gowling can’t help but be confused by Hereford’s bankers tag. 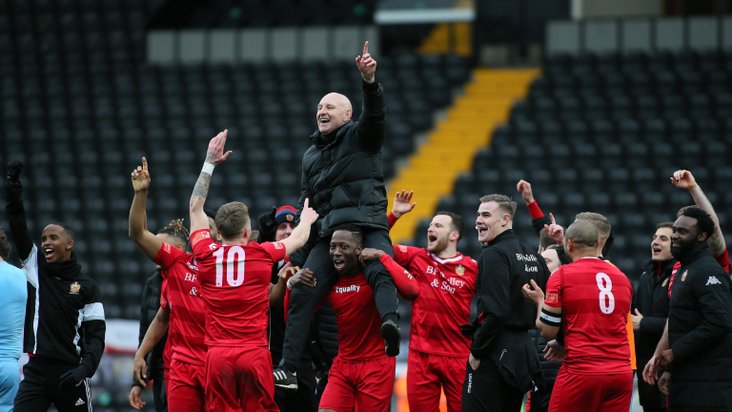 “Let’s be real about it. People say ‘little old Hornchurch’ and call them a pub side, but it’s rubbish,” he said.

“They’ve got a manager that’s won the competition before, they’ve beaten four National League sides – they’re a good side and they’ve got some good players.

“We’re not going into this thinking we’re the favourites. They’re a serious side who play well and score lots of goals. We’ve got to be at our best to get a result.”

By the time they get underway this weekend, it’ll be 55 days since Hereford’s last competitive match.

Gowling admits he won’t need a rousing team talk to fire up his players – but he has been religiously planning a way to ensure the 3,000 Bulls fans allowed to attend won’t leave heartbroken.

“I like to plan ahead for everything anyway. It’s just about good habits,” Gowling said.

“When you have such a long lay-off it’s about sticking to them habits and trying to make training competitive as possible. 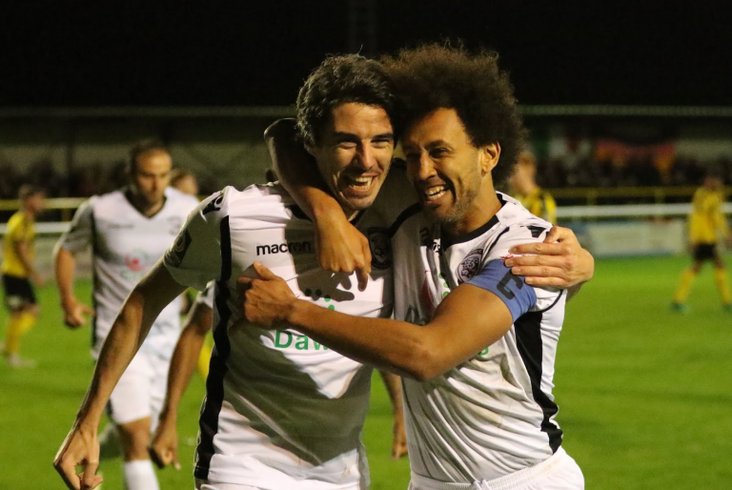 “Naturally, you don’t need to motivate the lads to play at a cup final at Wembley but the weeks prior to it we need to make sure we prepare properly. The lads have been professional all the way through and they can be proud of what they’ve done this season. It’s been tough.

“For all what’s happened in the past year, for the lads to keep their focus and their passion, I’m so proud of them for what they’ve done.”

A Wembley win could mean so much more for Gowling than just a shiny piece of silverware sat in their trophy cabinet.

A chance to reignite a charge up the leagues is something much more enticing. 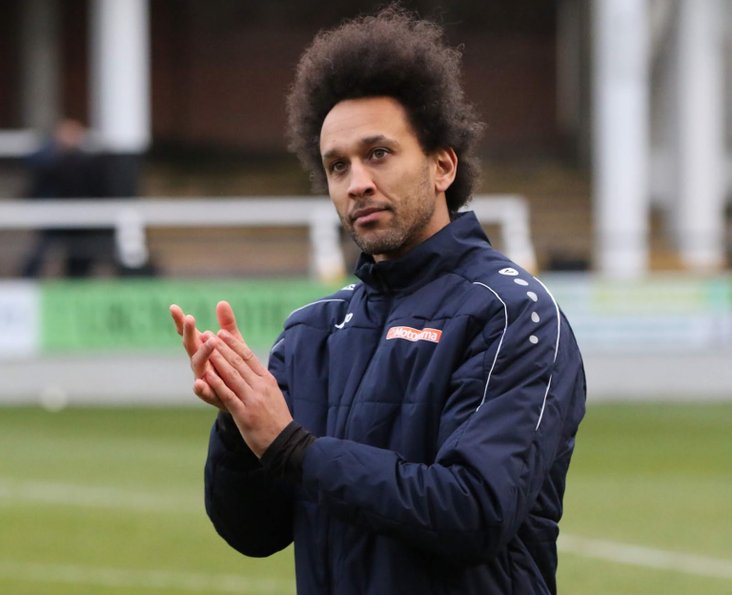 “The club have had success coming up through the leagues,” Gowling said.

“With that comes bigger budgets and we have a bigger pull for players – all of a sudden, the gap between us and the other teams isn’t as big. Then you hit a bit of a wall, and I think that’s what we’ve done.

“When you have success, you don’t change anything. We’ve reformed and kicked on with the playing side but what we’re doing right now is building in the background off the field.

“We get a good result on Saturday and the ball gets rolling and you’ve got momentum.”

 Relentless Sutton All Set For Their Day Of Destiny The Vanarama National League title and the club’s greatest ever moment is so close Sutton United can almost taste it.

LV BET | National League Matchday 45 Preview  The season’s penultimate weekend is fast approaching and it is certain not to disappoint.