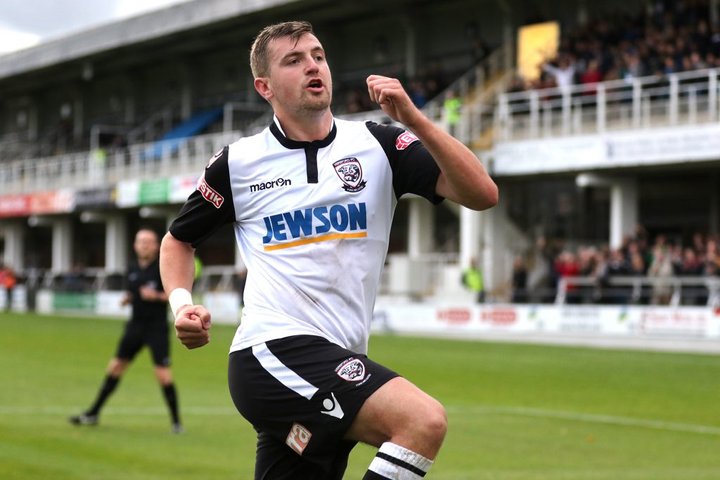 Bath City have signed the prolific striker, who has notched an incredible 140 goals in three seasons for the Bulls.

He is just shy of 200 goals in four years after hitting 57 the year before leaving for Edgar Street in a great season at Didcot Town.

Agreeing a deal at Twerton Park, it means Mills will not have to go up against his National League North bound former club.

“We are obviously overjoyed to have secured the signing of John,” Gill told the club’s website.

“It has taken some time and patience in finalising the deal, having fought off strong competition. We have signed a player with a proven goal scoring record and attitude and desire to progress.

“It was one area that needed addressing and improving from last season and we are all looking forward to seeing John in a Bath City shirt.”

Mills has had his say and believes he can keep the goals coming.

He added: “I am looking forward to the next challenge and a step up to the next level. It is a club with a philosophy that I am excited to join and to continue to score goals.

“Having spoken with Jerry over the last few weeks, it was clear we had the same ambition and drive in wanting to win things and take the club forward.”

Chester To Get £1m Windfall As Fan Donation Is Agreed  Entrepreneur Stuart Murphy will be investing £1m in Chester, the club has tonight announced.