Goal-den Wonders! Who Will Claim The Boot They All Want? 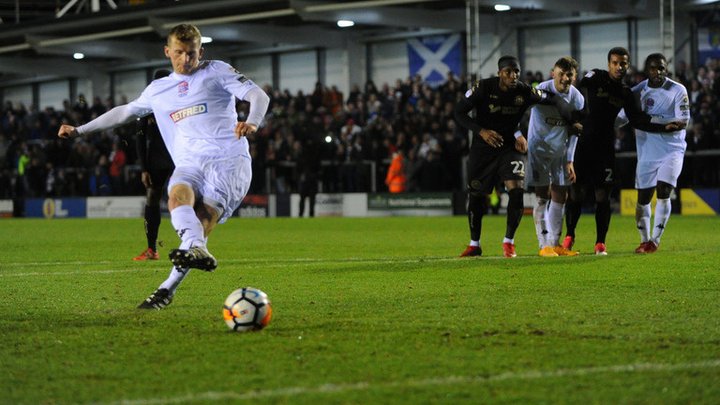 Maybe the only thing stopping AFC Fylde freescorer Danny Rowe from getting his hands on another Golden Boot is a double act from elsewhere in the North West.

We’re not just entering the business end of the season for promotions and battles against the drop.

There are other awards on offer - and you don’t need to tell any striker what it means to win one of these!

Rowe now has 22 from the season in the National League alone but in form and coming up on the inside is Tranmere’s lethal duo James Norwood and Andy Cook.

Cool Cook is now only five behind, with Norwood banging then in for fun lately on 16. Can they keep the pressure up? Don’t forget Boreham Wood’s Bruno Andrade, who is also on 17 for the season.

Here’s the official standings and remember, only league goal count. There’s plenty of matches ahead so it’s not a done deal yet!

Flanagan Says His Curzon Side Need To Be More Clinical  Curzon Ashton boss John Flanagan says his team have let some results pass them by.