Glory For Gill As Bath City Enjoy Flying Start To 2019! 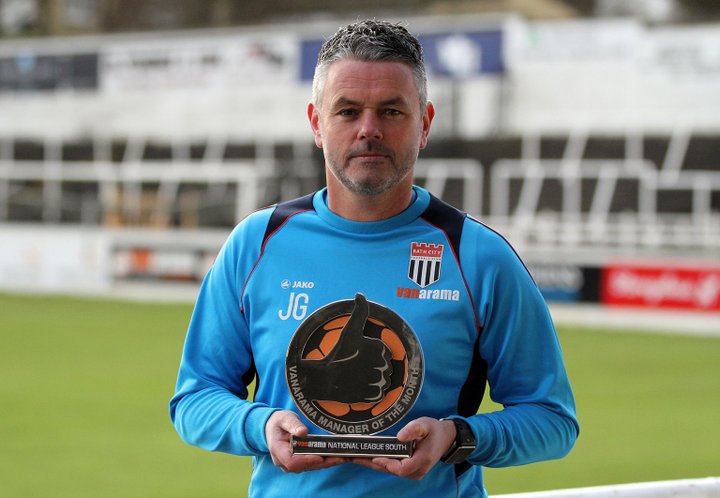 Bath City fans hadn’t witnessed a month quite like it for many years.

January saw what they had hoped to be a season pushing for the National League South play-offs transformed into a potential title chase.

They did it with some stellar performances, especially at Twerton Park where Jerry Gill’s side fused style, grit and passion into nine fantastic points.

They not only toppled leaders Torquay - on a ten game winning run at the time of course - but they thrashed rivals Chippenham 5-0 and also edged out tricky East Thurrock.

They weren’t bad away from home, either.

Useful points and clean sheets were collected at Slough and Gloucester, and a solid 2-0 win at Dulwich kept them in the hunt.

They only let in goals in one game, so strong was their together backline.

Gill was a richly deserved recipient of the Manager of the Month accolade and the club’s supporters are wondering what the final three months of the season could have in store for them.

 Flowers Flourishing As Solihull Moors Just The Title Race Last January they appeared to be heading out of the Vanarama National League after starting 2018 at the foot of the table.

Hampton’s Little Helpers Keep Busy With The Beavers  Richard Bryenton and Paul Robinson have won Volunteer of the Month for Hampton & Richmond Borough in the Vanarama National League South.