Gillies The Latest To Sign For Shields From Darlington 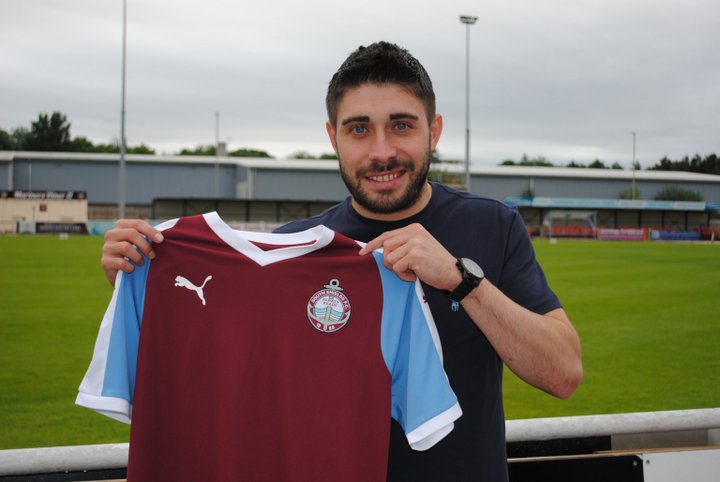 Josh Gillies has joined the club from the Quakers, making him the second big name to leave for the Evo-Stik NPL Premier club since the season finished.

The versatile player spent two years at Darlington and made 60 appearances, netting 16 times for the National League North club.

Gillies has spent the last four years in the north east after moving to FC Halifax Town from Cambridge United in 2014.

Gillies, speaking to the official Shields website, explained his decision to drop a league to join the Mariners.

The 28-year old also shared his ambitions to win the league title with his new club, and complimented his new team-mates.

“From the outside looking in, you can see where the club is going and where it wants to be,” he said.

“The plans the club have are amazing and hopefully I can help it on its way. It’s something I want to be a part of.”

“You want to join a team that is looking to win the league, and that’s the number one target. I’m confident we’ve got the team here to do that.”

 There Won’t Be Any Quick Fixes For The New Hampton Boss Gary McCann knows it will take time for the new regime to settle in and things to come together at Hampton.

Number Two Flowers Takes On Solihull Moors Challenge  Tim Flowers is a manager for the first time - he takes the Solihull Moors job having helped them to survive the drop last season.