Gill Knows The Power Of His First Three Points 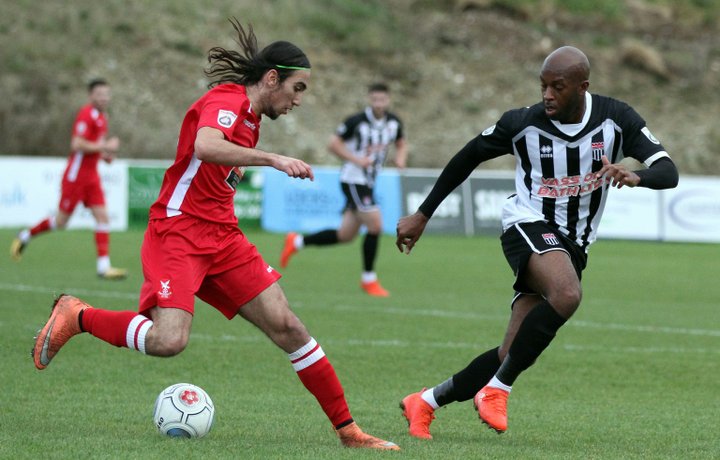 Jerry Gill may still be looking for his first win but the Bath City barren spell hasn’t dampened his play-off ambition.

It may not have been the start to Twerton Park life the new manager would have hoped for but Gill suggests circumstances dictate.

Not even failure to beat winless Whitehawk last week has stopped the former Romans player believing they can play a part in the race for the top seven.

The manager said: “Of course we would have wanted that win on the board a few weeks ago but it’s not quite come yet.

“Certainly there is no panic - we’ve got square pegs in round holes slightly and I think the fans see that. We have players playing in positions they shouldn’t be but nobody is making excuses.

“We haven’t got any balance at the moment but we are trying to address that. The club is going through one of those periods that every one does at one point or another.

“We have played some really good football in some of the matches and we won’t stop thinking we can have a good season once things settle down a little bit.”

Bath are 14th in the Vanarama National League South but only six points from the top seven.

“Often it takes one win, something to drag everyone together and with it being a home game this Saturday we have got to believe that this could be the day,” said Gill.

“We’re doing everything we can to get ourselves up the table.. We won’t stop thinking it will happen.”