Gill: Bath City Must Be More Ruthless And More Bold 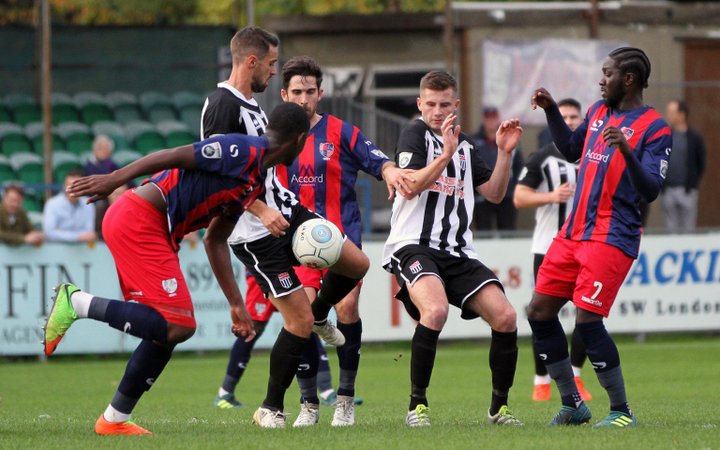 Jerry Gill needs Bath City to start showing their teeth after going a sixth game without a win on Saturday.

Gill is still searching for his first victory as Romans manager but knows that he could have been celebrating it at the weekend at Hampton & Richmond.

Leading through Marvin Morgan’s effort on the quarter hour mark, they couldn’t hold on and eventually went down 3-1 in south west London.

Gill says he is learning a lot already but knows if fortunes are to turn around - and Bath are going to be looking at the play-off places again - then they need to find a cutting edge.

The boss said: “I think the issue at the moment is the level of our ruthlessness. At both ends, we aren’t taking enough of the chances that come out way, and at the other we are letting teams score goals that are just too easy.

“We went 1-0 up through a deserved goal and then we were presented with two or three chances to at least add another.

“If we make it 2-0 or even 3-0 before Hampton score, then it’s a totally different game. But we are making mistakes and that needs to be addressed sooner rather than later.

“We’re still missing a number of important players but there’s no excuses for Saturday really - we’ve now got some time to work on a few and iron out some issues.”

Gill added: “We need to be more ruthless and have be bolder. We need to get the next win on the board as soon as we possibly can.”

 Limbrick: We Gifted Them Goals Woking manager Anthony Limbrick rues the soft goals his side presented Guiseley with on Saturday.