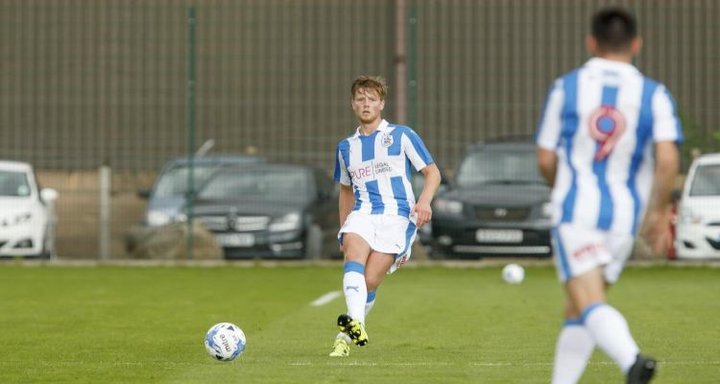 Gateshead have completed their third signing of the week by securing defender Fraser Horsfall on loan from Premier League side Huddersfield Town until January 2018.

The 6`2” defender is yet to make an appearance for the Huddersfield first-team, who were promoted to the Premier League via the play-offs in May, but he has been in impressive form for their under-23 side and during his loan spells.

Arriving at Huddersfield aged 11, Horsfall has progressed through the ranks at the West Yorkshire outfit and was involved in Salford`s play-off semi-fibal defeat to eventual winners FC Halifax Town.

After losing defenders Liam Hogan, Manny Smith and George Smith so far this summer, manager Neil Aspin has been keen to boost his defensive depth as Horsfall becomes the sixth out-and-out defender in the Heed squad.

The signing of Horsfall also coincides with the Tynesider`s focus on bringing in young players to help bolster the side, whose average age is just 23 going into the new season.

 Sponsorship Boost For Harriers Kidderminster Harriers fans will be seeing a brand-new name on the back of the team’s kit this season after the club agreed a sponsorship deal with Midlands company MKG Foods.

New Trio For Oxford City  It has been a busy day for Oxford City manager Mark Jones with three players joining the club ahead of Saturday’s opening pre-season fixture with Oxford United - all three being familiar faces.