Gary’s Been Golden As Chester Fire Themselves In Title Race 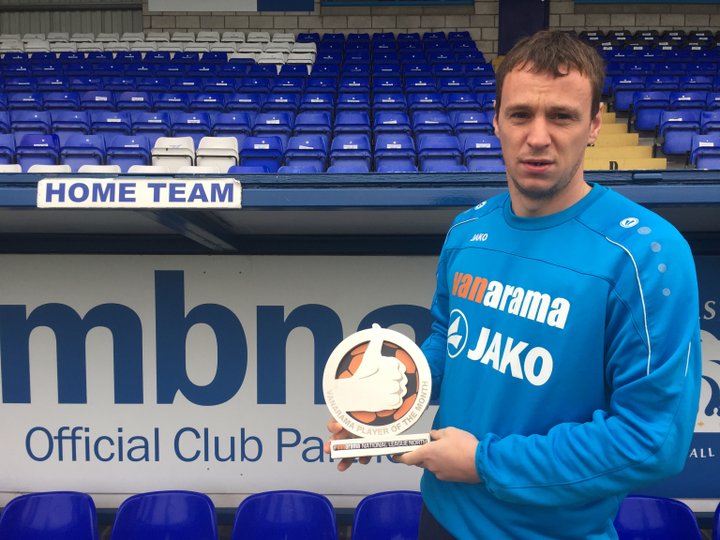 Chester have looked unstoppable in October and it was no small part down to the exceptional performances of Gary Roberts.

The influential midfielder more than played his part as the Blues continued their march to the upper echelons of the National League North.

The 31-year-old helped his side to maximum points in their three league games against the likes of Ashton United, Hereford and Alfreton Town.

He almost single-handedly took all three points for the Blues against Alfreton – scoring a superb hat-trick, with the third of his goals coming in the dying seconds to snatch victory at the Swansway.

That continued a barnstorming run that stretches back to the beginning of September in the league and after a shaky start, Chester and Roberts find themselves within one point of Chorley at the summit.

 Top Boss Gary Has Really Got The Gulls Dreaming Again As he took the applause following a conclusive 3-0 win at Wealdstone on the final Saturday of October, one fan shook his manager’s hand and told him he could become a club legend.

Dover Have Their Tails Up But The Spell's Not Broken  After securing their first victory since August last weekend, Dover Athletic will suddenly feel like they can take on the world!