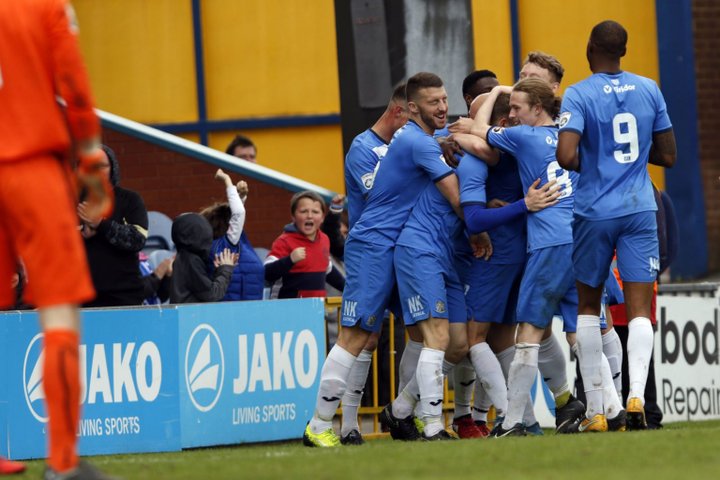 Jim Gannon reckons his Stockport County side have evolved as the season has gone on and will attack the play-offs with high hopes.

The Hatters host Chorley on Wednesday night in the National League North eliminator after finishing fifth in the table.

Stockport have improved as the season wore on and a run of six straight wins in March and early April propelled them into the top seven.

Gannon says his side have done extra work off the field to make sure they can compete with the full-time teams in the division - and their dedication has paid off.

Gannon told Imagine FM: “We had glimpses of a very, very good team back in pre-season. We beat Macclesfield here 5-1.

“There were a couple of games where we played top sides and looked a little bit short in terms of the complete package. We’ve worked really hard, doing extra stuff to compete with the full-time teams.

“We’ve made big gains over the past nine months and I’m really proud to be the manager of a team that has achieved more than it did last year and one that is healthy financially.”

On Wednesday night, Gannon added: “It’s going to be a fantastic occasion. I’m glad we finished fifth - we’ve earned the right to be in there.

“The National League North is a fantastic division and we want to make the play-offs fantastic for us.”