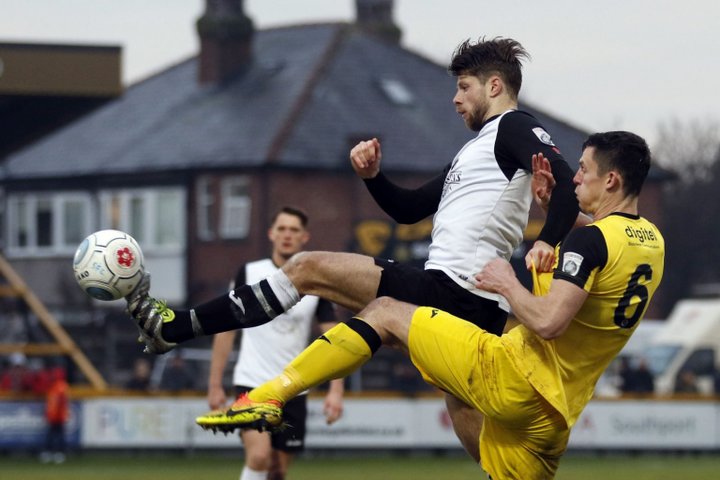 Jim Gannon knows his Stockport County side have to improve if they are to get anything at high-flying Harrogate Town tonight.

County suffered their first defeat in ten games in all competitions on Saturday, losing 3-1 at resurgent Southport.

Stockport sit three points behind the play-off places and the boss wants to see more of his players do the dirty work.

Gannon told Imagine FM: “We’re going to have to dust ourselves down. I think there are some players in the team on their reputation.

“There are others who have worked extremely hard to get in the team and it showed when we were 3-1 behind (at Southport).

“I really learned a lot about a few players whether they can raise their game and really contribute. There were some that didn’t look interested in the fight, the battle and the scrap that we need when we’re chasing games.

“We’ve got to pick the right team for Harrogate. It’s another really tough game and what we can’t afford to have is back-to-back defeats.”

 Iron Must Learn On The Job In Heated Promotion Race Disappointed Braintree Town boss Brad Quinton says his title-chasing side “must cut out individual mistakes”.

Brennan Wants Back To Back Wins Secured  Hemel Hempstead Town boss Dean Brennan says their late win at Braintree Town can be built on ahead of facing another side aiming to go up tonight.