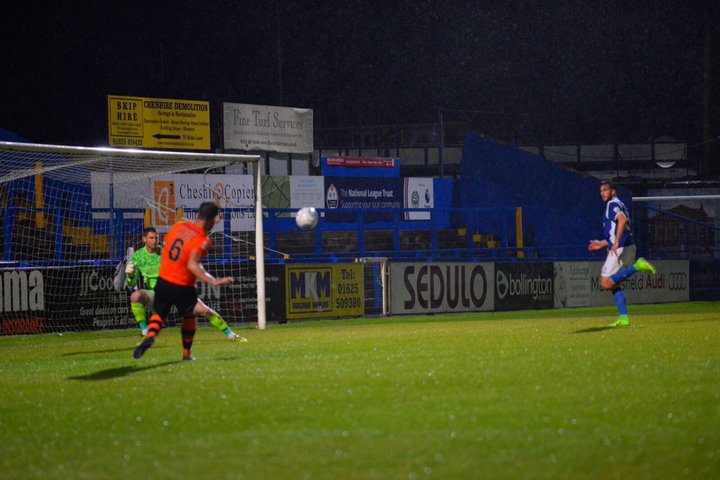 AFC Fylde are conceding too many goals says manager Dave Challinor, whose side lost in injury time at Macclesfield Town in mid-week.

Frustrated Challinor said: “Yet again I sound like a broken record talking about not getting what we deserved from a game. Well maybe we did deserve it because we can’t keep saying the same thing over and over.

“We started the game well but conceded a poor goal which knocked us a bit. They got on top of us and had the better of the first half.

“We got together at half-time and we were much better after the break. After we scored there only looked like one winner for me. And once again that’s not the way the game has turned out.

He added: "Our record of conceding goals isn't acceptable. I think we've conceded the joint second highest in the league so far. That can't go on. Everyone is responsible. Whether that is looking at goals from previous weeks where people going back for corners aren't doing their jobs and people are scoring. You attack as a team, defend as a team."

 Alfreton Extend Wood`s Deal Alfreton Town have confirmed that Bradley Wood has extended his deal with the club until the end of the 2018/19 season.