Friday Transfer Round-Up As Clubs Do Deals In Busy Week 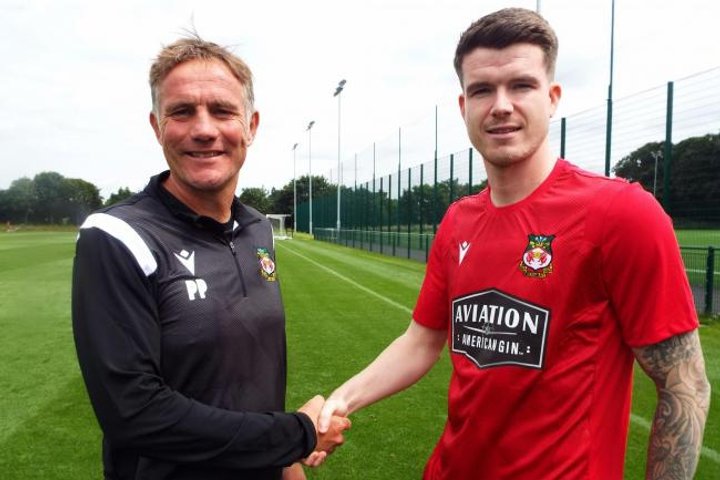 There’s been some big business done throughout a frantic week for clubs across the Vanarama National League.

Not only were the season’s fixtures confirmed but squads are really starting to take shape, too.

Friday has been a big day for deals - and Wrexham made their first moves in the transfer market.

Striker Liam McAlinden, pictured, has agreed a two two-year deal and comes with a wealth of National League experience.

McAlinden, 27, is looking forward to playing for Phil Parkinson and said: “I’m delighted to get the deal over the line. I spoke to the manager last week and once he explained the project here I was keen to get involved.

“From the outside looking in, it’s been really interesting to see what is happening at Wrexham so as soon as I knew the club was interested, it was a no-brainer.”

Stockport County have competition for their number one shirt - they have signed recent Lincoln City goalkeeper Ethan Ross.

They’ve got a big outfield deal done too , Ben Whitfield has joined County from Torquay United and he isn’t the only player leaving Plainmoor.

Bromley have done a deal - Andy Woodman has announced the signing of 20-year-old midfielder Sam Skeffington.

Wealdstone have been busy, they have agreed to sign Torquay pair Josh Umerah and Matt Buse.

Dan Bowry has signed for King’s Lynn Town following a spell at Cheltenham Town and have also made forward Gold Omotayo theirs.

Chesterfield have added forward Stefan Payne to their forward options while Grimsby Town have made former Port Vale left-back Adam Crookes a Mariner.

Billericay Town manager Kevin Watson has high hopes for the new season - and he knows experience is key.

Kidderminster Harriers have impressed fans this summer and have now signed Mark Carrington following his departure from Wrexham.

There’s a huge chance for Altrincham prospect Lewis Salmon, who has signed for Nottingham Forest on a two-year deal.

Chelmsford City have re-signed striker Simeon Jackson who is back at the Essex club.

Fixtures Released For The 2021/22 National League Season  The moment we've all been waiting for is here and it was more than worth the wait.