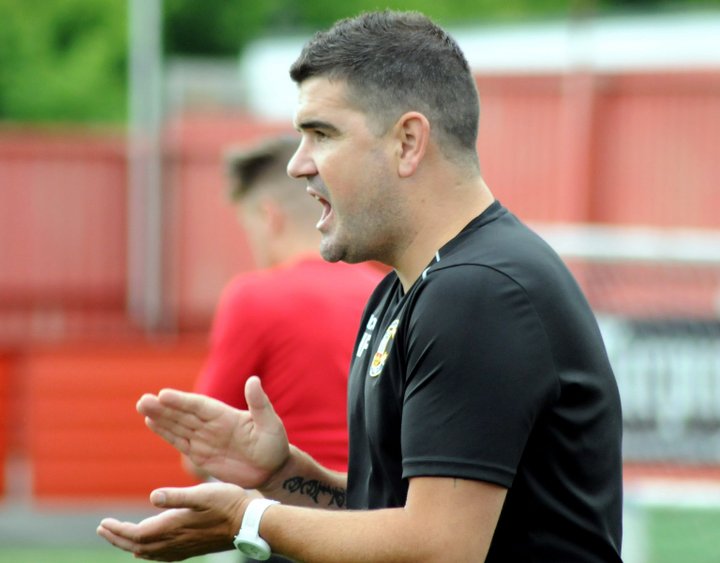 Some Tamworth players were reduced to tears after their disappointing home defeat to FC United of Manchester.

The Lambs were beaten 2-0 at home by their relegation rivals, a goalkeeping howler from Jack Stevens handing the Reds the lead before they made the points safe in stoppage time.

Tamworth have won just one of their last 15 National League North matches and have only three fixtures left whilst their rivals have games in hand.

Fowler’s men will be score watching over the next couple of weeks but the boss knows his side must focus on improving themselves.

“Mistakes again have cost us like they have done for the last seven or eight games,” Fowler said.

“You can’t legislate for individual errors. We dominated the game for long spells without having any real quality or cutting edge.

“My challenge is to find the right 11 that have the mentality to win games at this stage of the season.

“Some of the lads were crying after the result because it means that much to them. I’ve got to rally the troops now because we go to Kidderminster next week where nobody will give us a hope of winning.”

Despite their dismal run, Fowler remains hopeful that the Lambs can secure their National League North status.

He added: “I still believe that the players that are here, if I can get 10 per cent more out of them, can win games.

“We’ve beaten Kidderminster once this season and there’s no reason we can’t do it again. I’ll be positive and attack the week like I always do.”

 Owers Says It Was A Bad Day All Round For Gulls Torquay United boss Gary Owers says his side kept going but to end with nine men and lose made it bad day for the Gulls.

Pennock Pulls No Punches: Sulk And We're Going To Sink  Ady Pennock has warned his Barrow players: if you sulk after Saturday’s hammering at Leyton Orient then we’ll be relegated.