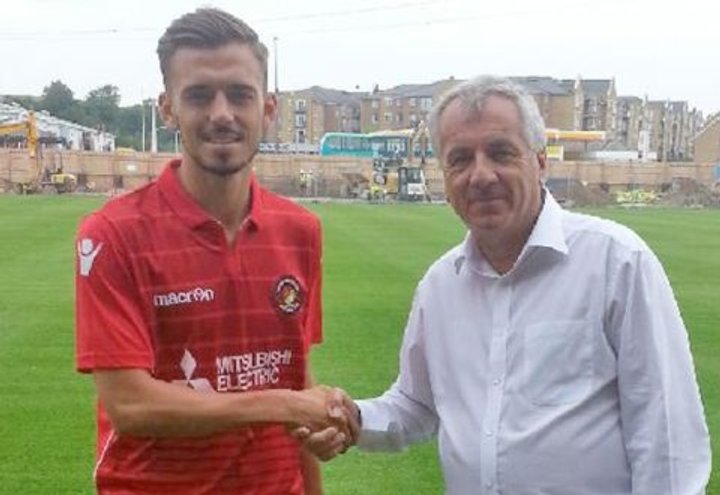 ....announced the completion of the signing of former Millwall midfielder Jack Powell.

The 22-year-old impressed as he played the entire 90 minutes in Tuesday night’s friendly at Thamesmead Town and manager Daryl McMahon, who has monitored his progress in recent weeks, is ready to give the creative central midfielder an opportunity at Stonebridge Road.

He made two appearances in the Championship in August 2014 and several in cup games.

Skilful, two-footed and composed on the ball, Powell spent time on loan at Concord Rangers and Braintree Town and, on being made a free agent, interested several clubs this summer including Swindon Town and others at National League level, so Fleet boss McMahon is understandably delighted to secure his services for 2016/17.