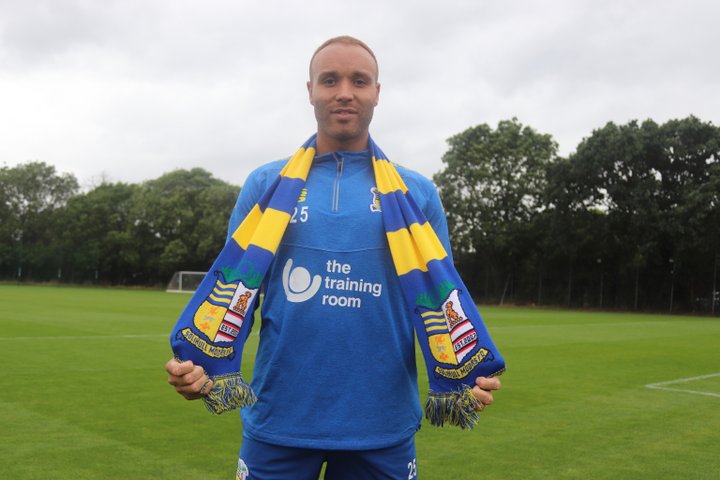 The fine-tuning is nearly complete as the countdown to the big kick-off really begins.

Managers have been putting the finishing touches on their squads as the final preparations are made with curtain-up getting close.

Neal Ardley has got his man - Lois Maynard, pictured, has joined Solihull Moors on loan from Stockport County for the whole season. Danny Newton has also arrived from Stevenage.

FC Halifax Town have been busy, forwards Jordan Slew and Matty Warburton will wear their shirt next season.

Manager Pete Wild is “excited” about what the attackers can do.

Notts County have paid a fee to Chesterfield for their forward Kairo Mitchell.

Bromley fans think they will have an exciting team next season - they have signed ex-Arsenal winger youngster Nathan Tormey.

But the big deal saw Louis Dennis rejoin, having signed for Portsmouth in 2019.

Tom Whelan has rejoined Eastleigh after his time at Chesterfield came to an end.

The Spitfires are looking strong - former Southampton player Jake Hesketh and fellow midfielder Harry Pritchard will also lace up their boots at the Silverlake.

Paul Cox has also confirmed young striker Isaac Stone will play for the Poppies next season.

Kidderminster Harriers have added to their back line signed with imposing defender Nathan Cameron now on board.

Oxford City have signed defender George Harmon, while Concord Rangers have been busy.

 Danny Doing Things Differently To Get His Shots Soaring It took next to no time to realise this close-season catch up with Danny Searle wasn’t going to centre around Aldershot Town’s hopes and fears ahead of the new campaign. It quickly went deeper than the big kick-off.