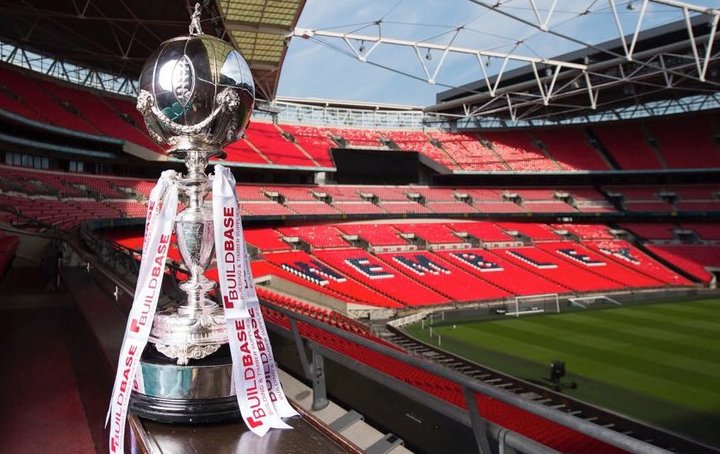 It’s not always the fancied and the favourites who get the big days out at Wembley!

This weekend, the Step 2 clubs join the party and many of them have history with the famous competition.

There’s plenty of great games to look forward to - and a large amount of same-division ties just to add to the excitement.

So which clubs will be fighting on all fronts heading into December?

We’ve picked five FA Trophy second round clashes to keep your eye on as the march to the Arch really gets going.

You don’t need to tell anyone at these clubs how good it is getting to Wembley in the FA Trophy.

Kidderminster got to the 2007 final, losing to Stevenage in front of a huge crowd, and of course won it in 1987.

It’s one of a number of all National League North ties, and it should be a cracker.

Fleet come up against a legend in the opposition dug-out but will want to wreck his day.

Cray are managed by Danny Kedwell, who hit 45 goals in 136 appearances for the club.

He isn’t loving the first few months of the season, the Kent club struggling at the foot of the Isthmian Premier.

Ebbsfleet are hurting themselves and will want to put defeat to Maidstone United on Tuesday quickly to the back of their minds this weekend.

Marc White’s Dorking are desperate to get to Wembley and showcase their rise from parks’ football to Step 2 inside 20 years.

But they couldn’t have asked for a tougher second round test against a strong Worthing team.

Top of the Isthmian Premier, the coastal club have won seven from nine at home this season and a big crowd is expected.

Dorking, of course, are no-one’s fools and have won five of their last eight matches.

Two National League North promotion rivals take a break from the points graft as they get back on Wembley way.

AFC Fylde memorably defeated Leyton Orient in the 2019 final to get their hands on the FA Trophy.

Gateshead haven’t been since 2014, losing out to Cambridge United in the Promotion Final.

The Coasters, so strong at home this season, should Heed a warning. Mike Williamson’s men have won their last three away from home, and are on a four-game winning run.

Steve King has shown in years gone by how much he loves a cup run.

As manager of Macclesfield, his team beat Cardiff City - and he enjoyed great times in charge of Whitehawk, too.

The National League South title is at the forefront of their mind but King has always wanted a big day out at Wembley.

Bath fans are never sure what side they’ll see at Twerton Park. Winning four and losing five at home, what will game ten bring?

Managerial Duo Depart as Chester Search for an Upturn in Results  Chester have confirmed co-managers Bernard Morley and Anthony Johnson have left the club.