Shaymen Defying All Odds with Wild at the Helm 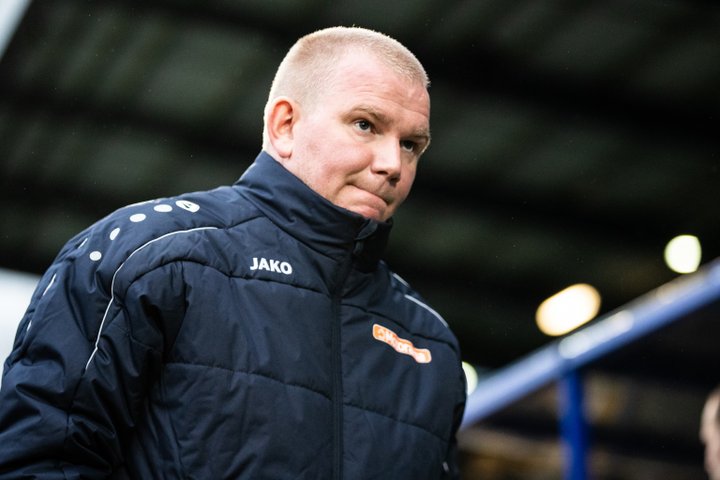 Uncertain times at the Shay, with no football expected to be played at the stadium anytime soon.

This is not the current concern for FC Halifax Town in their chase of Vanarama National League promotion. This was July 2019.

Now, with the Shaymen sitting in sixth-place, having already broken club records for away wins and clean sheets in a single fifth-tier season, questions are undoubtedly raised as to how this could even have be possible. 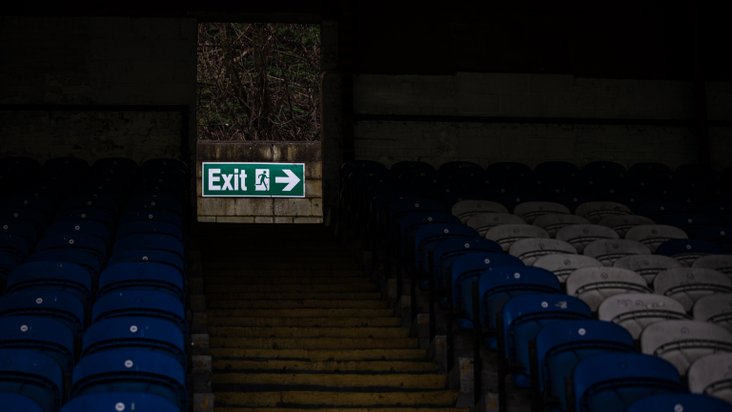 With less than two weeks to prepare for the start of the campaign, Wild was entering the unknown.

“When you have been with a club for so many years, you gain an understanding of how everything happens,” Wild explained about spending almost a decade in various roles at Oldham Athletic.

“Even before I became manager, I knew all the first-team players because I watched training and matches every week.

“Halifax was a completely different animal. 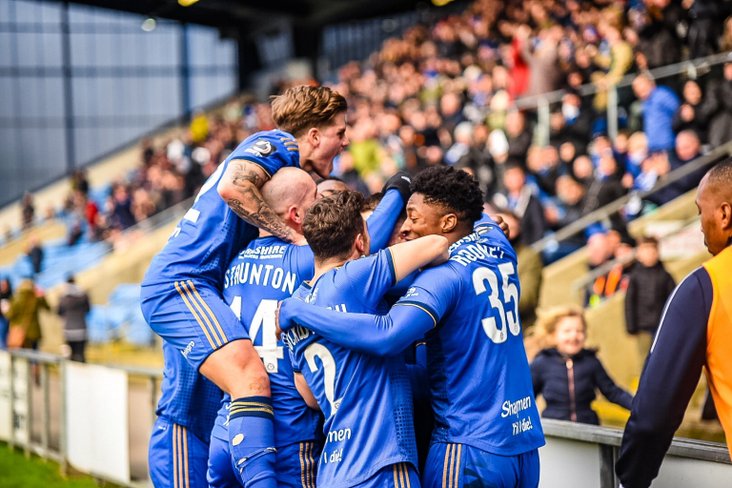 “We had problems with the pitch, which resulted in last-minute postponements of home pre-season friendlies.

“With the previous manager’s departure in pre-season, 85% of the squad was assembled, but little remained in the budget to add to what had already been recruited”.

With no left-back, no wingers and a prized striker on the treatment table, Wild had the act fast- and shrewdly- to add to a good core of players.

Wild used a wealth of knowledge from years spent coaching in academy football, and the support of contacts within the game, to finalise the numbers in his squad. 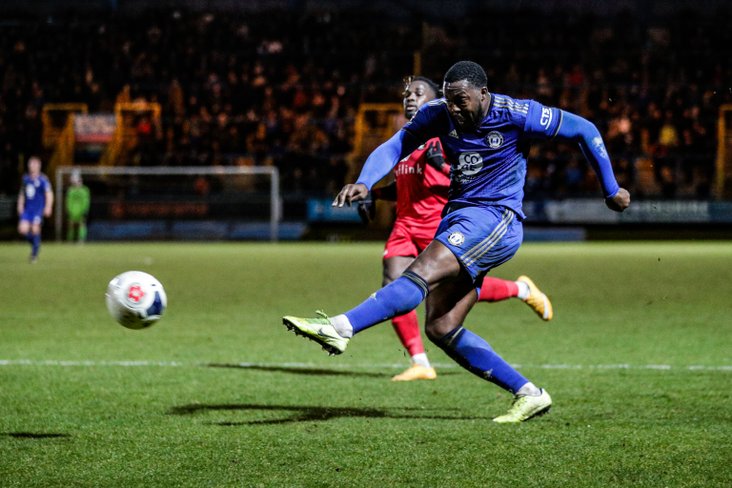 Gambles on unproven and young but hungry trialists worked wonders from the first whistle.

The likes of Liam McAlinden, Jeff King and Jerome Binom Williams (pictured above) arrived ahead of the opening day trip to Ebbsfleet United.

Wild said: “I had a list of players a mile long but, when you arrive so late into the summer, a lot of those deals are done and dusted.

“Usually, when you join a new club, you’re having to manage breakdown in relationships. 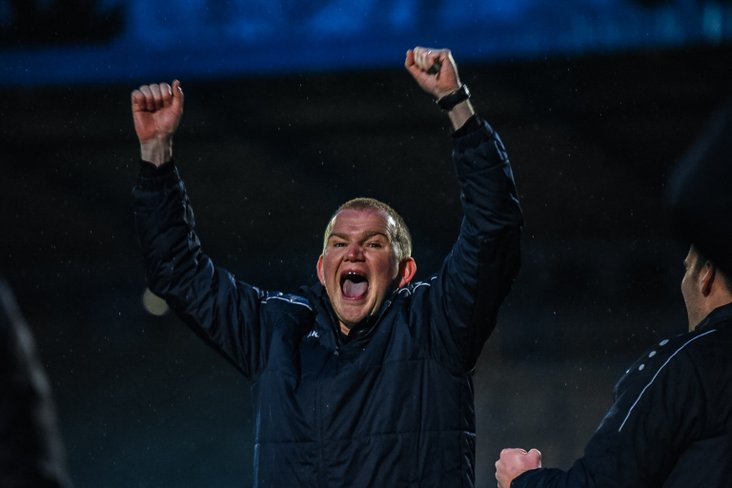 “With there being such a good dressing room already here, it made the start to my time at the club much easier”.

Before the opening game in Kent, there had been no time to install a scouting network.

“We had very little information on Ebbsfleet,” he admits.

“Aside from small pieces of intel from the squad’s previous experience against certain players, the focus had to be on ourselves. 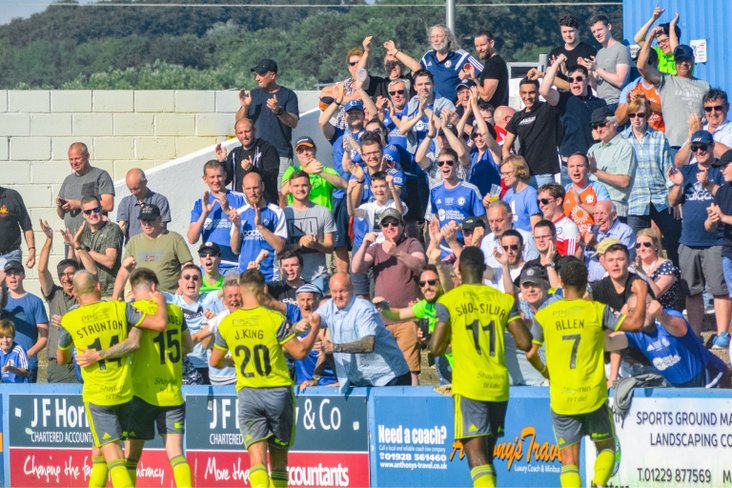 “When you look back at it, it’s phenomenal we got off to the start we did”.

And what a start it was.

Nathan Clarke’s late goal from the halfway-line summed up an incredible 4-1 victory for the visitors quite nicely.

Not only did Halifax end Matchday One at the summit, the Yorkshire outfit achieved 19 points from a possible 24 in August- well clear of their initial target of 12. 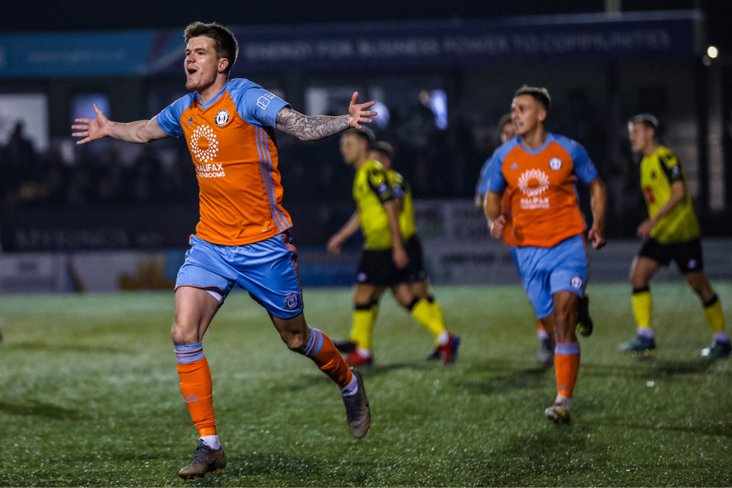 “I always feel at any football club, starting well is absolutely crucial to a positive campaign,” Wild explains.

“When you have your slip-up- which every team will no doubt have- you have a buffer to allow yourself an opportunity to regroup.

“With the intensity of games at this level of football, we knew by the end of September we will have played over a quarter of our League matches.

“When you start as well as we did you love matchdays because you’re riding high on the momentum of previous results, which breeds confidence into the squad each game.

“The side had such a relaxed but motivated attitude in their approach to each game, and played with freedom on the ball”.

“The televised match at Dover sits nicely with us, with the amount of pressure we had to withstand in the game,” Wild went on to say.

“Beating Fylde so convincingly was also a big highlight. They had only been one match away from promotion just three months before.

“Those types of results show the character we have got as a group.

“We are punching well above our weight, but we have shown we have the ability to play at our maximum potential more often than not.

“When we have a bad day at the office we tend to be defeated. But when we play at our best, we’re a match for any side in the division”.

Against all odds, Halifax now have a waiting game to play as to whether they will have the opportunity to break further club records.

With nine league games to go, the Shaymen edge closer to the records previously set by the side of 2013/14, who fell short of promotion in the play-offs.

The pause has created a chance for reflection, and for Wild to focus on longer-term goals for FC Halifax Town.

“We sit in the play-off places right now and the aim will be to maintain that position,” he says.

“We would go into the play-offs with very much a ‘free hit’ because so few people would have expected us to stay in this position through the season.

“Things have improved greatly behind the scenes over the course of the campaign.

“It is important to me to align the academy to the first-team, and this period away from playing matches has allowed me time to work on self-improvements and ways to take the club forward.

“I have learned so much about myself during the year.

“I’m not the finished article, and I’ll learn from my mistakes to then make new ones the week after!”

 Puppy Love Easing Dowson's Woking Waiting Game When you've been trying for the best part of 20 years for something, what’s a few more weeks of waiting?

From The Archive: The Famous Title Race of Season 1990/91  The 1980s were left behind with Colchester United- new members of the GM Vauxhall Conference after suffering relegation- installed as firm favourites for promotion alongside Barnet, runners-up in three of the last four seasons.