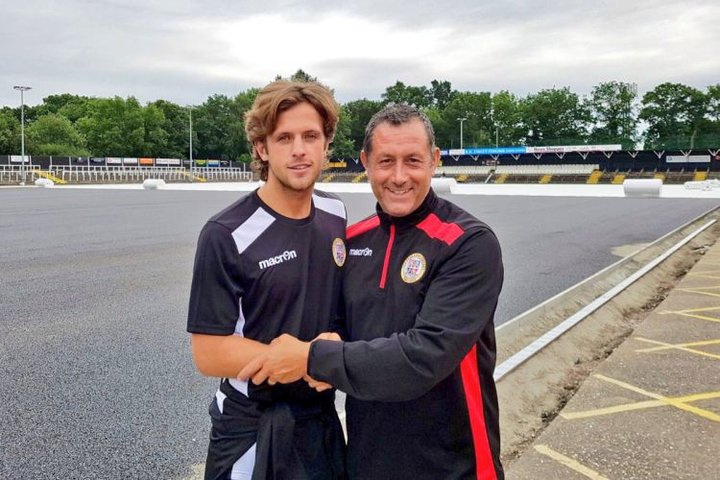 Bromley have announced the signing of Frankie Raymond from Dagenham & Redbridge.

Raymond began his career at Reading in the youth set up and following his release in 2012 went on to sign for Gillingham on a short-term basis before joining Eastbourne Borough where he went on to make over sixty appearances for The Sports.

In 2014 he was signed by Dagenham & Redbridge for an undisclosed fee and was loaned back to Eastbourne Borough for the remainder of the season.

Following his return to The Daggers, Raymond went on to make over forty-eight appearances for the club until his release at the end of the 2016/17 season.

Smith told the club`s website: “I’m delighted to have signed Frankie, he is someone I have kept an eye on for a long time and I tried to get him before he went to Dagenham. With his contract up at Dagenham, we put forward a proposal and shared where the club us going and how we are getting there and he wants to be part of that challenge.”

Raymond added: “I can’t wait to get started. Bromley is my local team and once I heard the manager wanted me here, I wanted to be here. I hope I can help push the team as far as we can this season.”

 Vaughan Says He Always Aimed To Be Back As He Returns To Kidderminster Lee Vaughan is back at Kidderminster Harriers earlier than he expected but says he’s “home” after signing from Tranmere Rovers.