Positive Thoughts Key For Nash As They Chase Safety 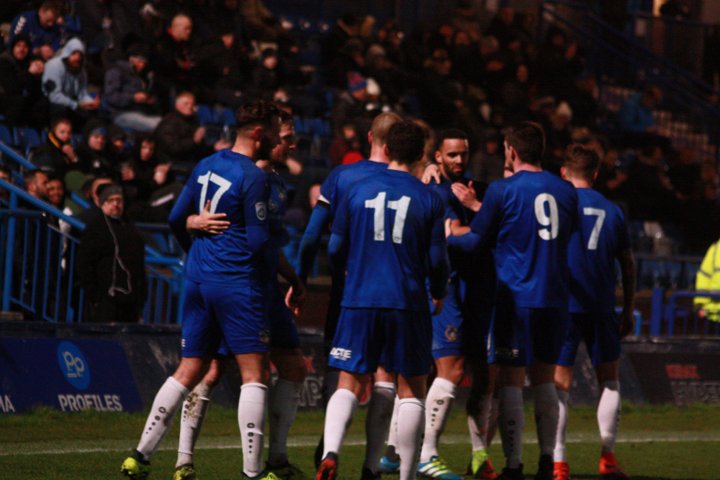 Curzon Ashton are only thinking positive thoughts ahead of their last home game of the season - with a victory all but confirming their National League North place for next term.

Victory for the Nash on Monday would have seen them practically safe but a late equaliser from Nuneaton ensured they left Greater Manchester with a share of the spoils.

The 2-2 result leaves Curzon Ashton four points clear of third-bottom Tamworth ahead of three difficult games to finish off the season.

Spennymoor Town visit the Tameside Stadium on Saturday before the Nash end their campaign with away trips to Blyth Spartans and title-chasing Harrogate Town.

“We worked hard all night, “ assistant Mark Bradshaw told the Curzon’s YouTube channel. “It was a good, battling performance and to a man, we’ve worked really hard the past few games.

“Since Christmas, we’ve gone some weeks without games and now they’ve all come at once. We’ve maintained our levels and we were determined.

“It’s a really cruel game sometimes. Their centre-half has wondered up and scored a goal he’ll probably never score again.

“We’ve got to look at it that way (as a point gained). We look forward to our home games and we look forward to playing Spennymoor on Saturday. We’ve got three games left and there’s no reason we can’t go and get points in all three of them.”

 Cheek Hits Hat-Trick In Eight-Goal Thriller At Nethermoor It`s been a season of underachieving for Dagenham & Redbridge but an even more disappointing campaign for Guiseley AFC.

Gulls Can Handle Pressure Ahead Of Must-Win Trip  Gary Owers says the Torquay United squad are in good spirits ahead of their do or die clash with Hartlepool United on Saturday.