Pools Edge Nervy Shootout To Book A Place In The EFL 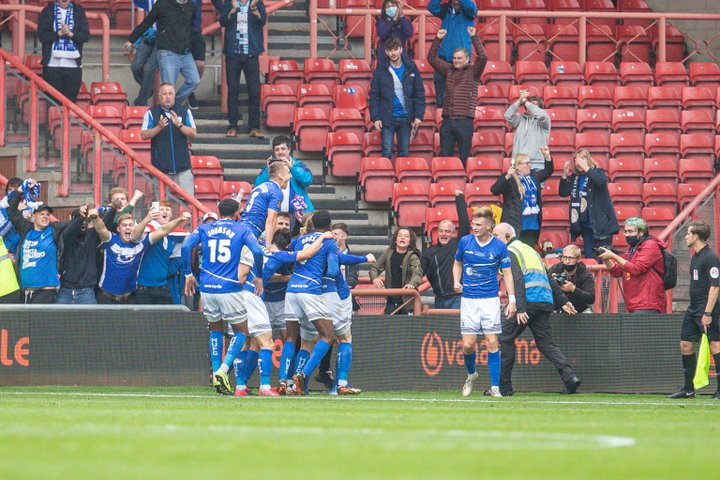 Hartlepool United ended their four-year exile from the EFL with a penalty shootout win over Torquay United.

Matt Buse missed for Torquay to hand Dave Challinor his fifth promotion as a manager, that after goalkeeper Lucas Covolan incredibly forced extra-time.

Hartlepool had led in the first half through Luke Armstrong, the powerful frontman holding off the defender and smashing home from close range.

Rhys Oates almost made it two on the stroke of half-time. The corner was swung in and and Oates beat Kyle Cameron to the ball, but Covolan somehow got a strong hand to the ball to tip it over.

Hartlepool dominated the opening exchanges of the second period, but it was Kyle Cameron left frustrated again after another disallowed goal.

Asa Hall went agonisingly close just after the hour mark with a curling long-range effort as Torquay looked to find a way back.

Mark Shelton made his way into the box for Pools and get a shot off that was well saved – the resulting corner fell to Holohan who threatened from range, but Covolan did well to keep it out.

But their best moment was still to come.

With seconds left to go, a deep ball into the box was met by the unlikeliest of players – goalkeeper Lucas Covolan. The Brazilian rose highest to nod the Gulls level and force extra time.

With no goals in extra-time, penalties followed. After both sides missed their first two penalties, Mark Shelton opened the scoring.

In sudden death, Ryan Donaldson netted to give Hartlepool the advantage – Buse needed to score to keep Torquay’s hopes alive but he missed.

 Fixtures Release Day Confirmed for 2021/22 Season! National League fixtures scheduled for the 2021/22 season will be released on Wednesday 7th July at 1pm.