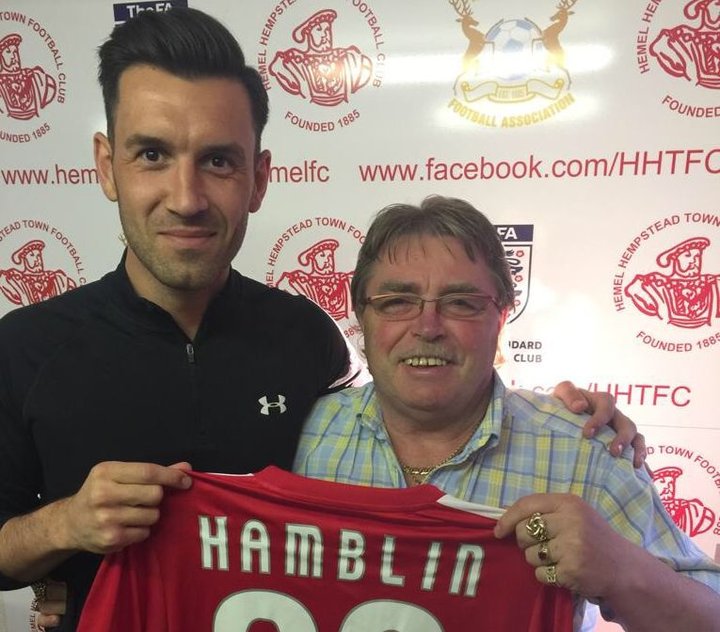 Scott Shulton and Tom Hamblin have both put pen-to-paper for the Tudors.

Shulton started his career in the Watford academy and moved to League Two side Wycombe Wanderers, where he was handed a one-year-contract at the age of 18.

In 2009, Shulton was drafted into the Maccabi Great Britain Mens’ side to play in the Maccabiah Games in Israel, where the team went on to win Silver.

After being released by Wycombe, a move into non-League followed to Ebbsfleet United and then Braintree Town, with whom he won the Conference South title in 2011.

He then left the Iron for Vauxhall Road in October 2017.

Shulton had a good 2017/18 season in the centre of midfield and quickly became a fans` favourite, making thirty-three appearances and scoring 3 goals.

He made over 100 appearances for the Stones after joining from Gloucester City in 2013 and was a member of their 2013/14 Ryman Premier League title-winning season.

However, he had terrible luck with injury last season, making only eleven appearances, but was in tremendous form when injury struck, so the club are pleased to have him back fully fit.

 Porter Re-Signs For Clarets & Takes On New Coaching Role Chelmsford City have confirmed they have retained the services of midfielder Max Porter.

'We Need To Bring Fun Back Into Our Football' - Dowson  Alan Dowson says laughter could be the best medicine for curing Woking’s relegation woes.