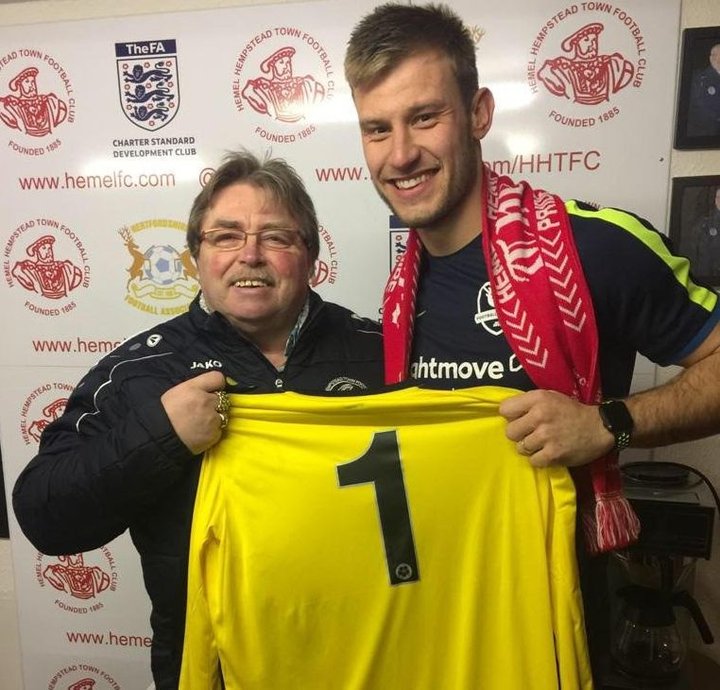 Hemel Hempstead Town`s number one Laurie Walker has signed an extension to his current contract keeping him at the club until May 2020.

Since returning to the club from Brackley Town in the summer, Walker, whose other former clubs include MK Dons, Millwall, Cambridge United, Morecambe, Kettering Town and Leamington, has been in fantastic form this season.

This new deal is great news for both the club and player and is a great reward for his form and dedication shown.

Tudors` chairman Dave Boggins said it is great to see Laurie committing to the club, especially with the exciting times ahead.

 Seeing Red! Brakes Are Becoming Their Own Worst Enemy Frustrated Leamington boss Paul Holleran says his side must stop making life difficult for themselves.

Harrogate Quick Off The Mark To Pick Up McCombe  Harrogate Town have secured the signature of John McCombe on a permanent deal until the end of the season.