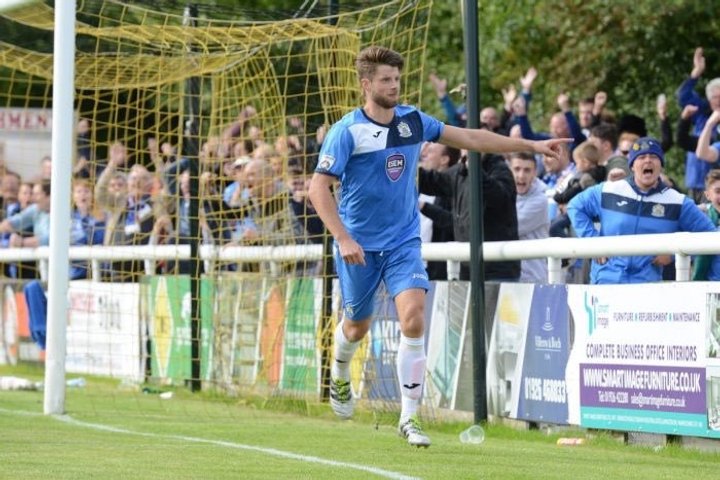 The striker, 25, has joined Morecambe and says it has been a privilege to play in blue and white.

Oswell scored 29 goals in all competitions last season and the front man was County’s Player of the Year.

He is the second of Jim Gannon’s squad to make the move into the EFL this summer.

Jimmy Ball joined League Two Stevenage back in May and will come up against his former team-mate next term.

Morecambe boss Jim Bentley said: “Jason has had an impressive couple of seasons. He’s proven to be a top goalscorer and now with full time football we are confident he will do it at Football League level.

“He’s a good player, very hungry and a focussed individual and is eager to be a success.”

 Watson Welcomed To Hungerford As Herring Gets Help Hungerford Town have strengthened their backroom team.

King Comes In As Ebbsfleet Bring In Another New Face  Ebbsfleet United manager Daryl McMahon has added again to his squad ahead of the new season, writes Aidan Jones.