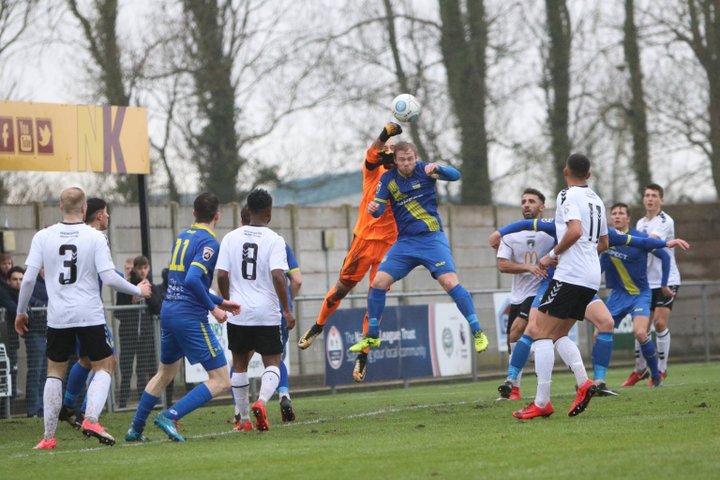 Marc McGregor says his side have shown the way they play is getting them the results as they look to get into the play-off places.

The side remain just three points off the play-off places, writes Tom Feaheny.

There match during last mid-week and then at the weekend were postponed due to the weather and they next face Hampton and Richmond Borough.

"We have played a lot of games where we have been the better side and it shows the formation suits us," McGregor told the club's website.

"I thought we played really well and have been in recent weeks, I see us as a passing team and that works.

"We are in a good place and have maybe just not been as clinical as we could have been but I'm delighted with where we are."

They next face another side going for promotion with McGregor looking forward to another tough game.

"It is another exciting game for us, the preparation will be the same, we don't have a mentality of shutting up shop and we will keep that going."

Photo by Will T Photos