Mark Bower Says Avenue's Win Was One Of Their Best 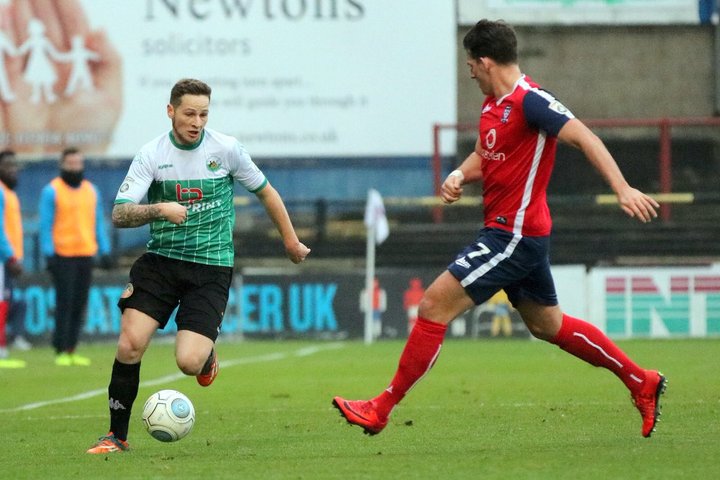 Bradford Park Avenue boss Mark Bower says his side defeating AFC Telford United 2-1 was one of his most pleasing victories of the season.

After going in 1-0 down at half-time, Bower decided to bring on Frank Mulhern and once again it was a decision that proved to be a masterstroke with the on-loan Guiseley forward scoring twice and securing the win, writes Tom Feaheny.

"I'm pleased with the win, it has been a while since we won, we've not had that luck in recent matches, this is one of our best wins of the season," Bower said.

"To get the win like we did to come from behind, with the run we are on, with the circumstance of the club, to play with nine men on Saturday for so long then show those levels of effort makes me very proud.

"It was a quiet dressing room at half-time, we got out the second-half and we've hit the crossbar, had one cleared off the line, we showed a real character to come back and we went for it."

These were the first goals for Mulhern with the ex Leeds United youth striker now looking for more with Bower hoping that can happen.

"He worked hard, the presence was there, he scored two great headers, he has been ill in recent weeks, hopefully those goals can start a good run for him."

For many at the start of the season Avenue would not be where they are, it shows the fine work Bower has done, he is looking forward to now facing another team going for the play-offs in Stockport County.

"For a club like ours to be going into Easter where we are in the league, is something we are proud of, Stockport is a good game for us, there will be a big crowd and it will be a good occasion."

 Where Salford Go, Drama Follows As Ammies Eye Title At times, the Salford City rise up the leagues has seemed almost scripted - things falling into place against the odds with plenty of drama thrown in to boot.

Red Rebel Loan Star King Off On The Road - For Real This Time!  He performed an unforgettable curtain call following his encore on Saturday, but this time Jeff King has taken his FC United of Manchester bow. For the moment, at least.