Look Who's Back! Sheringham Signs On Again At Hemel 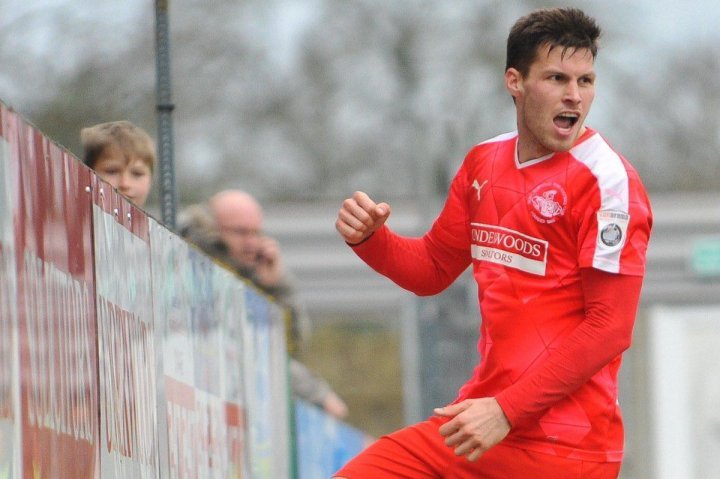 Dean Brennan has confirmed Charlie Sheringham will be back playing for the Hemel Hempstead again next season.

In a huge boost for the Tudors, they have re-signed the striker they lost last October after he was given a chance to play abroad.

He scored six times before leaving for Saif Sporting Club, who play in the Bangladesh Premier League.

But Sheringham, the son of England legend Teddy, is back in the UK.

Brennan has always stayed in touch with the striker and was confident he would come back when his time overseas came to an end.

“Charlie is a fantastic striker and it’s so good to have him back,” said the Irishman, who will have big decisions to make with Concord top scorer Steve Cawley as well as Braintree’s Phil Roberts already signing.

“We want to score more goals and having him back will certainly help. We were sad to see him go in the first place but now he’s back he can hopefully carry on from where he left off.”

Captain Jordan Parkes will also be pulling on a Hemel shirt next season.

 Back To The Future! Bradford PA Have Big News For Fans Bradford PA have given their name - and their club crest - a summer touch-up as “they go back to go forward”.

Williams Is On The Move To Harrogate From Brackley  Brackley Town top scorer Aaron Williams is Harrogate Town’s second signing of the summer.