It's Joy For Jim As County's Crusade Turns To Title Push! 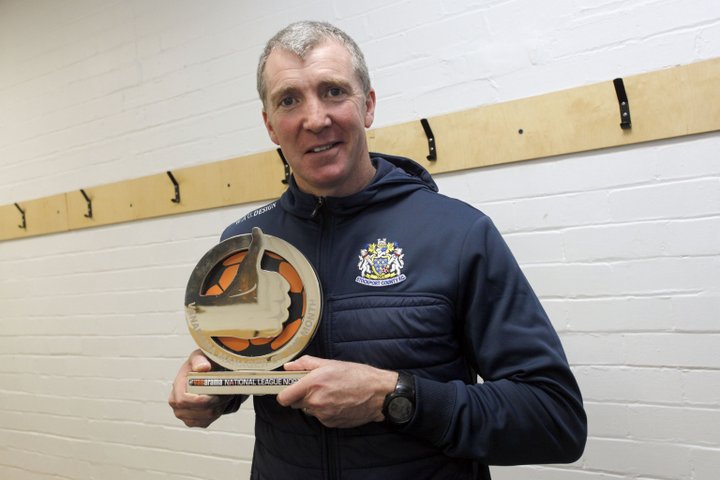 Stockport County are enjoying arguably their best season in many years - and the fans think it’s thanks to one man.

Jim Gannon has masterminded a National League North title assault when it appeared not so long ago that it was a play-off push at best. Due to a December to die for, County are on the charge - and don’t the unexpected championship chasing clubs know it!

Last month started slowly, limping out of the FA Cup and picking up a point at Chester but they soon found their range.

Just when they needed it the most, they did what few sides do - win at an in-form Spennymoor Town.

They followed that up with FA Trophy victory over Altrincham, who they were about to beat three times inside three weeks. Thrashing Ashton United 6-0 away from home, they then grabbed a crucial point at Alfreton Town.

The Hatters ended December strongly, with win number two over Alty followed up by a solid if unspectacular 1-0 triumph against Kidderminster Harriers.

Is this the year Gannon guides County back on the road to promotion success?

 High Five For Jones As Oxford End 2018 In Superb Style! We all set out to end 2018 in a positive way, but maybe next year we’ll take some advice from Mark Jones.