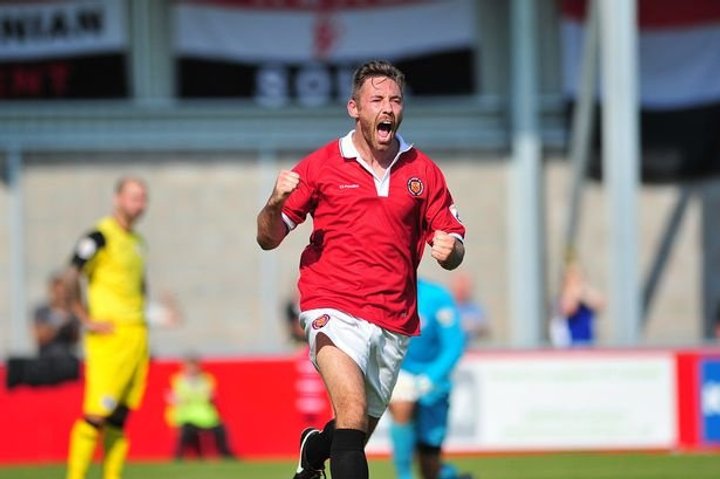 Tom Greaves has told his FC United of Manchester side to learn from their heavy defeat at Kidderminster Harriers on Tuesday night.

The Red Rebels, who ended the game with ten men, were well beaten 4-0 at Aggborough by a Harriers team on top form.

Player-boss Greaves, who had a goal ruled out for offside, admitted that his side looked sluggish following Saturday’s draw at Blyth Spartans.

“We weren’t good enough, we know that,” Greaves said. “They’re a good, solid full-time team and were the better side on the day.

“We’ve got to learn from it and go again on Saturday. There are good lads here and we’ve proved that we can compete with the best teams in the division.”

It was only FC United’s second defeat in 11 National League North games but Greaves, the club’s highest ever goalscorer, knows they can’t lift their foot off the gas.

They host local rivals Curzon Ashton on Saturday knowing they could possibly go nine points clear of the bottom three.

Asked about their recent good form, Greaves added: “It’s all been down to the lads - they’ve been superb. They fight for every single ball and Tuesday was a one-off.

“It’s a big test of character for the lads now. It’s important we get as many points on the board as soon as we can. We’re under no illusions that we’re in a relegation battle.”

 Smith Calls For His Bromley Side To Remain Clinical Bromley boss Neil Smith was pleased with the way his side gained all three points at Torquay United.