Flanagan's Not Happy With His 'Complacent' Nash 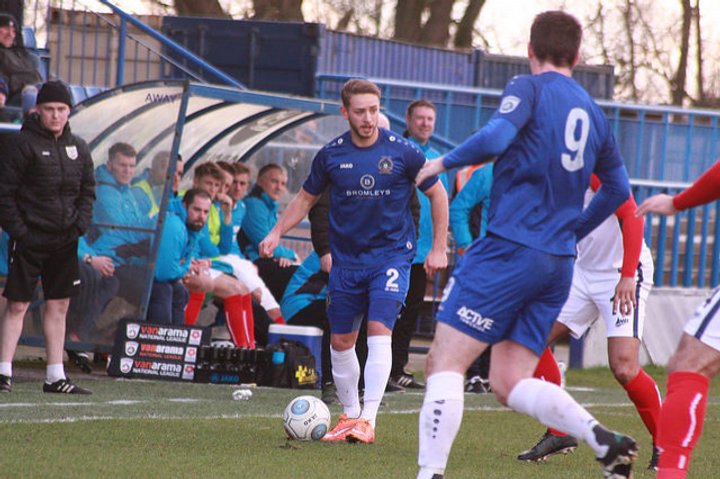 The Nash went into Saturday’s trip to Southport on the back of fantastic wins over AFC Telford United and York City.

But they were undone by the Sandgrounders and went down 3-1 to leave them three points above the relegation zone.

Flanagan says his side are their own worst enemy at times and blamed his players’ mentality for Saturday’s defeat.

“We talk to the players regularly about playing forward and not inviting mistakes by playing backwards,” Flanagan told the club’s YouTube channel

“It invites pressure and if it’s a bit bobbly, you can have a problem like we did on Saturday.

“We are guilty sometimes of thinking we are better than we are. I don’t think it’s arrogance but it’s a level of complacency.

“I could smell it before the game and I warned the players. It’s very disappointing but it’s very typical of us at the moment - there’s some good and some bad.”

 Coyle Backs His Impressive Wings To Start Taking Flight Jamie Coyle reckons his Welling United side are capable of continuing their recent impressive run of results as they look to break into the National League South play-offs.

Matches Rearranged As New Dates Found For Postponements  We can confirm a number of re-arranged fixtures across the three National League divisions.