Flanagan Says His Curzon Side Need To Be More Clinical 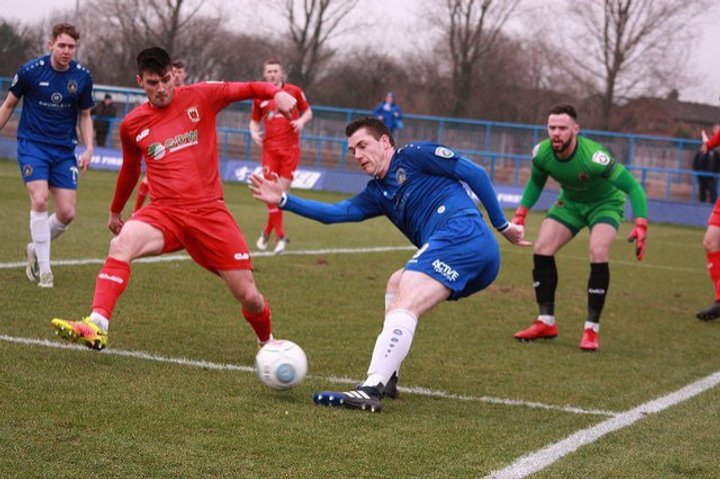 Curzon Ashton boss John Flanagan says his team have let some results pass them by.

They face a team in Tamworth who are aiming for safety as well, while Ashton are also looking to climb the table, writes Tom Feaheny.

It has been a fortnight since they last played in a narrow loss at Darlington.

While they have games in hand on some of the teams around them, they are now above the drop zone on goal difference.

"We have created chances and played really well in some of the recent games and just weren't able to take on," Flanagan told the club's website.

Flanagan believes it has been the same story of some other results.

"I think the lack of know how has been costly, we have controlled stages of games, then it seen them become very open, our discipline has disappeared at times."

On some of the results, Flanagan says it has been down to small things.

"On another day in some games we get the goal and win it, it is fine margins, we need to stick together."

 Goal-den Wonders! Who Will Claim The Boot They All Want? Maybe the only thing stopping AFC Fylde freescorer Danny Rowe from getting his hands on another Golden Boot is a double act from elsewhere in the North West.

On This Day: Action From The Archives (March 23rd)  It finally looks like the rest of the National League season will be able to go ahead uninterrupted with the weather slowly improving.