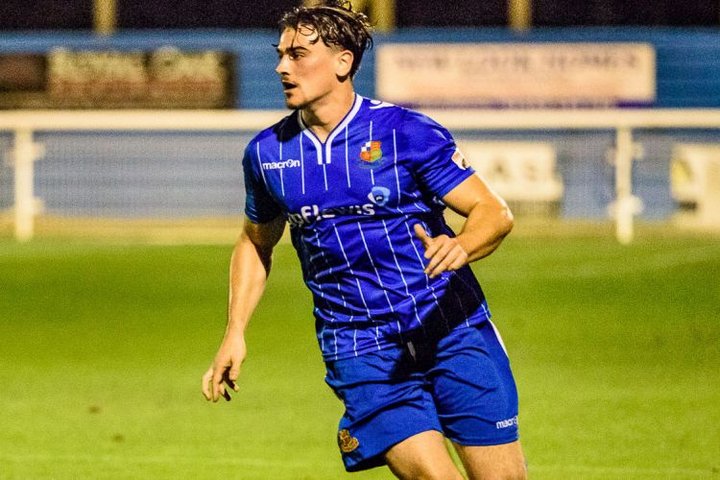 Wealdstone have confirmed that defender Ciaron Brown has signed for SkyBet Championship side Cardiff City.

Negotiations with the promotion-chasing Bluebirds have been ongoing for some time and a deal has now been agreed to take Brown, who was on contract at the Stones, to the Cardiff City Stadium in the January transfer window.

Brown,20, joined up with Wealdstone in the summer of 2016 from Cherry Red Records Combined Counties League side Bedfont Sports and has since developed rapidly into a very strong, versatile defender who can play at centre-back or left-back and has had a large number of EFL clubs tracking his progress over the past year, including a trial with Cardiff rivals Sheffield Wednesday.

He joins a long list of Stones players who have progressed into the professional ranks over previous seasons.

Brown made a total of sixty-six appearances for Wealdstone, scoring 3 goals.

Wealdstone manager Bobby Wilkinson told general manager Nick DuGard: “I'd like to wish Ciaron a very successful career; it’s a great achievement to become a pro, he's worked very hard and we will always support him and we will follow his progress with great interest.”

Stones chairman Peter Marsden added: “I know that Ciaron has worked extremely hard to fulfil his ambition to be a full-time pro footballer and I know all Wealdstone fans will wish him well at Cardiff. We look forward to welcoming Ciaron and his new team-mates for a pre-season friendly at Grosvenor Vale at the start of next season".