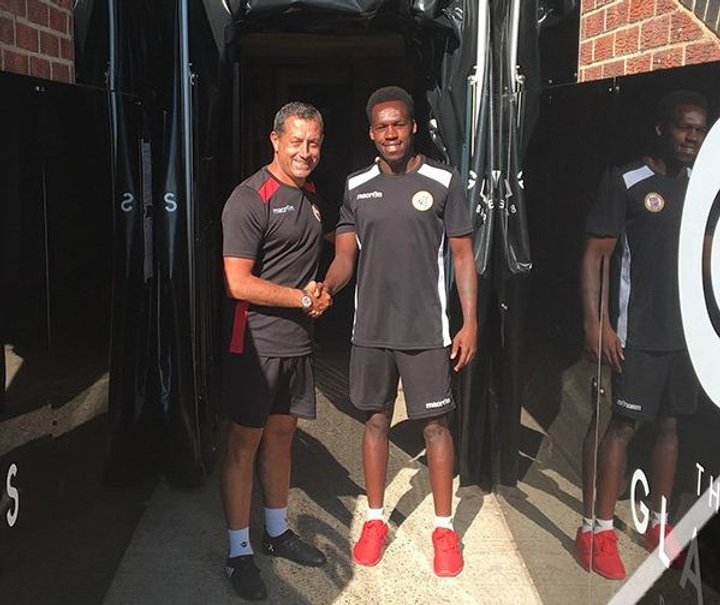 Bromley have confirmed the signing of left-back Kristian Campbell.

Campbell joins the Ravens from Bostik League Premier side Merstham.

Campbell signed for Merstham in the summer of 2016 from league rivals Dulwich Hamlet after impressing on loan the previous season.

He impressed many pundits with his performances for the Moatsiders as they reached the First Round of the Emirates FA Cup when they eventually lost 5-0 to SkyBet League One side Oxford United.

Bromley manager Neil Smith told his club`s official website: “Kristian is someone I know well as he was with our academy when I first came to the club. We liked him then but knew he had to go and play games to help his development and we always kept an eye on him. We asked him back in at pre-season to see how well he had improved and we’re really pleased with his attitude and the progress that he has made.

“Kristian has worked really hard during pre-season and is eager to keep learning and he couldn’t have a better mentor than Tyrone Sterling. Kristian can also play on the wing and I think he is a great young addition to our squad”.

 It Wasn't Our First Team! Magpies Respond to 14-0 Drubbing Chorley have hit back at social media finger pointing suggesting that the club were hammered by 14 goals in midweek

Johnson: We Couldn't Have Asked For A Tougher Start  If there's one fixture to look out for in the Vanarama National League North on Saturday, it's Salford City vs Darlington.