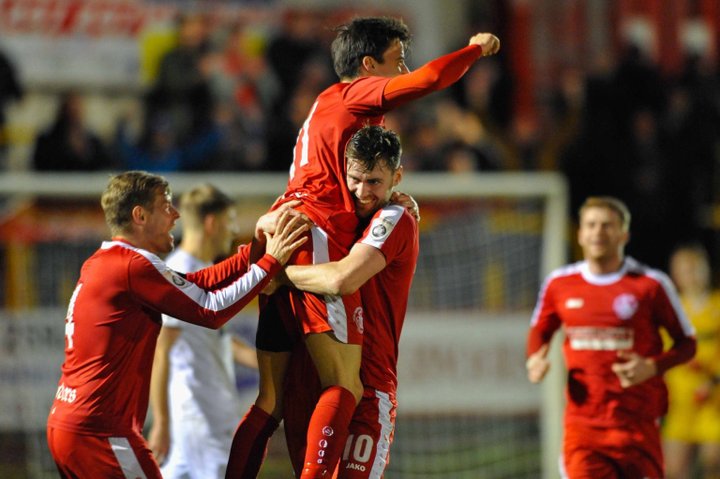 Dean Brennan says his players will take the game to Dartford this weekend - because no-one is taking a play-off place for granted.

The Hemel Hempstead manager has described the National League South race for promotion as “a lucky dip”.

The Irishman has done a great job at Vauxhall Road and the Tudors are very much in the shake up.

They face a Dartford side who know a win is crucial as they look to peg back new leaders Havant & Waterlooville at Princes Park.

But despite a good season, Hemel aren’t sure of the play-off place with only three points separating them in fifth and Truro City in ninth.

“These are the games we strive to be involved in,” Brennan told us this morning. “Dartford are the one of the biggest clubs in our division, and in there manager and there squad they have immense experience at this level.

“We have set out standards in recent weeks, after a frustrating February period for us.

“We know we have to earn the right to play our attack minded football, but our players have to keep believing in each other.

“We go into the game fresh and the players know it’s important we stick to our game plan.

“Our league is such an exciting division this year. We are in the mix, and we are all relishing the challenge that the coming weeks brings us.”

 Quinton To Make His Iron Squad Work For Play-Off Spot Brad Quinton says he will be working his Braintree Town squad even harder as they look to secure a National League South play-off place.

Greaves: Concentration On Ourselves Is A Must  FC United of Manchester player-manager Tommy Greaves, says something isn't clicking for his side as they have seen themselves five games without a win.